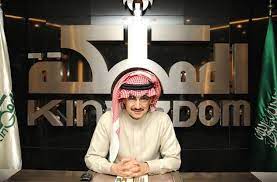 Kingdom Holding Company (KHC) founded by Saudi Prince Alwaleed Bin Talal, has injected $282.99 million (SR1.063 billion) in the Phoenix Group, one of the largest insurance, savings and retirement companies in the United Kingdom, as part of the company’s continuous strategy to invest in blue-chip companies that are considered market leaders in their field.

The investment was part of an investment program that was announced on June 23, 2022, and the stake was recently increased to 3.79%, the group said in a statement.

Phoenix, established in 1972, is the largest savings and pension company and one of the largest insurance companies in the UK. It serves more than 13 million customers, with over £310 billion and over 240 years of experience in the UK and Europe.

In May this year, the Saudi business tycoon, sold 16.9% of his share to the Public Investment Fund (PIF) for $1.5 billion, reducing his stake to 78.13% after the transaction.