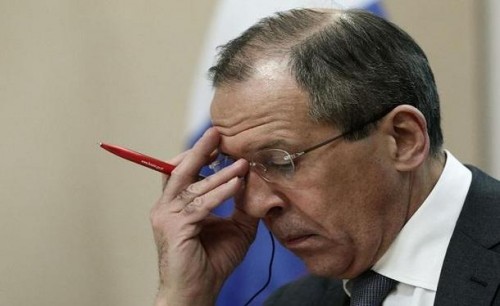 Russian Foreign Minister Sergey Lavrov has welcomed Congo and the African Union (AU) for efforts to reconcile Libyan sides in the crisis that has gripped the oil-rich African country since 2011.

President of Congo Denis Sassou Nguesso, who also heads the AU High Committee on Libya, is preparing a conference on national reconciliation in Libya soon.

Lavrov, who is on an African tour met with the Congolese leader and Foreign Minister Jean-Claude Gakosso on Thursday. The Russian top diplomat welcomed Congo’s role in settling crises in the African continent and holding a conference that will bring together all parties to the Libyan conflict, Al Wasat reports. “I want to emphasize the role of the President of the Republic of the Congo as chair of the African Union High-Level Committee on Libya,” he said.

“We will actively assist in the organization of this important forum,” he added, noting that Russia has been invited to attend the conference. Russia is a key player in Libya where it backs East-based military commander Khalifa Haftar who controls most of the country’s eastern and southern regions. Haftar backs Fathi Bashagha’s government administration.

Libya currently has two administrations, that of the former Interior Minister Bashagha and the one of Abdelhamid Dbeibeh who was fired in February by the country’s parliament, the House of Representative (HoR). Dbeibeh refused to step down until elections are held.

Lavrov also criticized the attempts made so far by some European countries and even by colleagues from the United Nations, which ignored the focus on making this process “inclusive of all Libyans.”