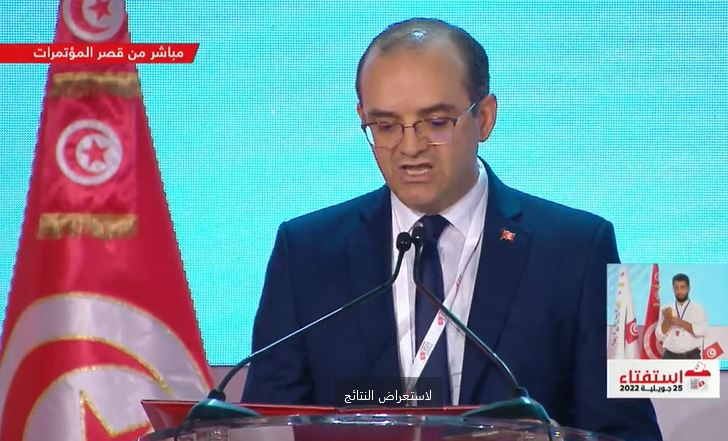 Tunisia’s independent electoral commission, ISIE, has fired its chief of staff for professional mistakes in connection with figures of the July 25 referendum that was largely boycotted.
Maher Jedidi, Deputy President of the body, told local Mozaique FM radio that the chief of staff was guilty of serious professional misconduct, requiring sanctions, Webdo Tunis reports.
The sanction comes a day after the body admitted that there were mistakes in preliminary results of the referendum.
Tunisians were called to polls to decide over a constitution proposed by President Kais Saied. The results presented by the ISIE showed a turnout of 30 per cent while over 90 per cent of the casted ballots voted in favor of the infamous constitution.
Major political parties and most civil society groups boycotted the referendum arguing it is unconstitutional and a way to validate the putsch conducted by President Saied on July 25 last year when he snatched all major powers in the North African country.
I Watch; the local branch of Transparency International, disputed the ISIE figures positing that they were incoherent. The organization requested a recount of the vote without the participation of the electoral body.
Despite the errors Jedidi confirmed the result which gave a victory to President Saied.