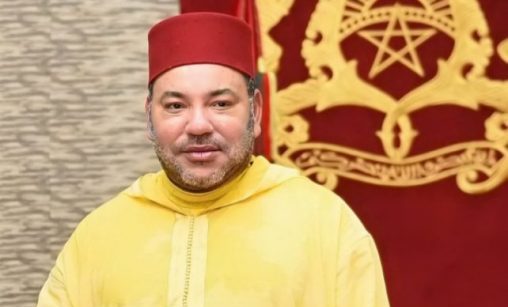 King Mohammed VI has laid out his vision to attract more foreign investment in an unstable environment marked by the continuing impacts of the COVID19 crisis and the effects of major international developments on the national and the global economy.
In his Throne Day speech made Saturday, the Moroccan King urged the government as well as political and economic stakeholders to facilitate the mission of foreign investors who choose to come to the North African country in the current global circumstances.
Thanks to the combined efforts of the state and the public and private sectors, the Moroccan national economy has proven to be resilient in the face of crises and fluctuations, but the recovery phase has been short-lived due to the current global circumstances, said the King.
These external factors, coupled with a modest agricultural season, have caused the prices of some commodities to soar. This is an issue plaguing all countries around the world, explained the Monarch.
“Realizing the impact of this situation on the livelihoods of many segments of the population, I have launched a national program to mitigate the effects of drought on farmers and rural populations”, underlined the King, saying that he also ordered the government to allocate substantial funds to subsidize some basic goods and ensure they are available on the market.
Parallel to this, “we need to boost national solidarity mechanisms, and speculation and market manipulation must be tackled resolutely and responsibly”, said the King.
Despite the fluctuations noted at global level, “we must remain optimistic and focus on our strengths”, added the Monarch, stressing the need
to leverage the opportunities and possibilities created by the profound changes underway, especially when it comes to attracting investment, boosting export incentives and promoting national products.
“Indeed, the greatest peril for the country’s development and the promotion of investment are the obstacles intentionally created by those who seek personal gain”, said the King, affirming that “these practices must be combated”.
He also stressed importance of the full participation of Moroccan women in all sectors. Progress in Morocco hinges on women’s status in society and their effective participation in all development sectors. Since his accession to the throne, the King has always been keen to improve the status of women, open up prospects for their advancement and enable them to hold their rightful place in society.
In his Throne speech, the King also spoke of Morocco’s successful management of the covid-19 crisis, which helped to mitigate its social and economic impacts.
The state has exerted tremendous efforts, devoting significant financial resources to tackling the impacts of the COVID-19 pandemic. It provided direct material assistance to needy families as well as support to the sectors affected by the pandemic, said the King, recalling that Morocco was one of the first countries which managed to purchase the vaccine needed, providing it, free of charge, not just to its citizens, but also to foreign residents, despite the exceedingly high costs.
In the same circumstances, “we started implementing the major project aimed at achieving universal social protection coverage as well as the upgrading of our national health system” a view to achieving sovereignty in the health sector, said the King.

Thus, in less than a year, the number of subscribers to the compulsory medical insurance scheme exceeded six million non-salaried people and their dependents, said the King, noting that mandatory health coverage will be completed by the end of this year, once it has been extended to the beneficiaries of the subsidized health insurance regime.
He also voiced determination to ensure the gradual implementation of the family allowance scheme end of 2023, calling for the finalization of the unified social register to be speeded up.
The King also touched on relations with Algeria, calling on Moroccans to continue to adhere to the principles of brotherhood, solidarity, and good-neighborliness.
“I want to assure Algerians that Morocco and the Moroccans will always be on their side, no matter what and in all circumstances”, added the King, affirming that “the borders separating the two brotherly Moroccan and Algerian peoples, will never stand in the way of the interaction and understanding between the two peoples”.
These borders should serve “as bridges for building a common future for Morocco and Algeria, and thus set the example for other peoples in the Maghreb”, underlined the Monarch.