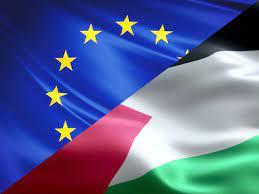 The European Commission is nearing completion of the procedure for restarting financial assistance to the Palestinian Authority, an EU official said on Monday.

“Once it is finalized, funds will be released as soon as possible for East Jerusalem hospitals and allowances for vulnerable Palestinian families as priorities,” Ana Pisonero, the EU executive body’s spokesperson on neighborhood and enlargement told reporters at the daily news briefing.

The announcement came as European Commission President Ursula von der Leyen began a series of visits to the Middle East on Monday.

Von der Leyen is expected to announce this week the release of financial aid that has been withheld since 2021 owing to alleged controversies in school textbooks.