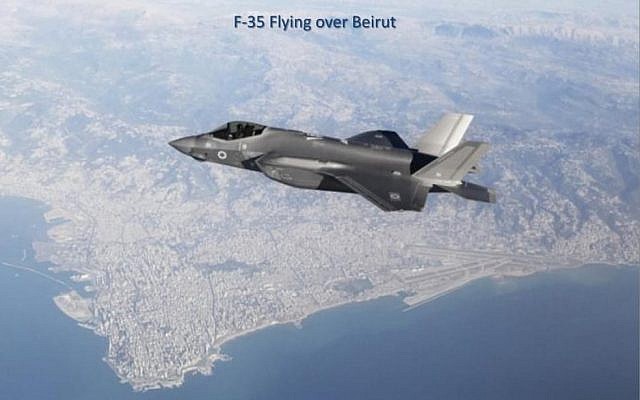 Israeli military airplanes have violated Lebanese airspace more than 22,000 times since 2007, with the combined duration of the flights amounting to over 3,000 days, a new study released by AirPressure.info shows.

“22,111 Israeli military aircraft have violated Lebanese airspace over the last 15 years,” the study, which features an interactive database of the violations, says.

Since 2007, of the total violations recorded, 8,231 were made by Israeli fighter jets and 13,102 by drones. The average duration of the flight violations is 4 hours and 35 minutes, according to AirPressure.info, which says that the combined duration amounts to 3,098 days.

“Constantly hearing hostile jets and drones overhead, residents of Lebanon live in a state of precarity; the potential of full-scale aerial bombardment is a daily possibility,” the portal warns.

The Israeli air force violates Lebanese airspace on a regular basis, carrying out reconnaissance flights over the southern and central parts of the country, and the Beqaa Valley. Israeli fighter jets have used Lebanese airspace to strike Syrian territory.

Lebanon has repeatedly sent notes of protest to the United Nations demanding that it pressure Tel Aviv to respect Lebanese sovereignty, as well as comply with the UN Security Council Resolution 1701, adopted in 2006 after the last Lebanese-Israeli armed conflict.