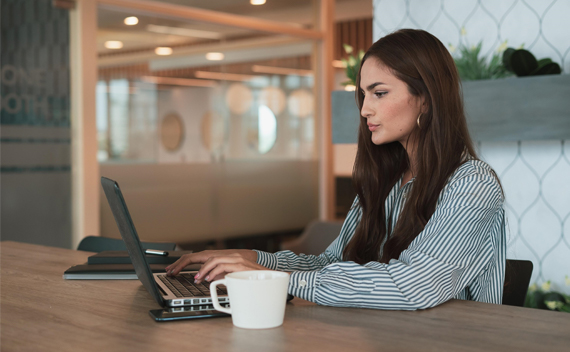 HSBC has unveiled a Female Entrepreneur Fund (“Fund”), which will provide US$1bn in lending to female-owned businesses over the next 12 months across several markets including Egypt.
The bank in a statement said the fund aims to break down the barriers faced by female entrepreneurs and provide the infrastructure and support to help them scale and grow their businesses.
“Access to funding remains one of the biggest hurdles for female business leaders worldwide. Female-owned businesses received just 3% of start-up funding in 2019i, while only 2% of venture capital deployed globally went to female-led enterprises,” the statement adds.
The funding will come alongside Roar initiative, which enables female entrepreneurs to access a series of masterclasses hosted by experienced business leaders; tailored networking sessions with major companies in markets where the Fund operates; insights from the investor community and the opportunity to pitch to angel investors and bespoke advisory for female entrepreneurs from experienced HSBC bankers.
The fund will be open to both new and existing customers across 11 markets and Fund applicants will have access to masterclasses hosted as part of the HSBC Roar program.
Yasmin Farid, Head of SMEs & Business Banking Commercial Banking at HSBC Bank Egypt welcomed the initiative arguing that it is in line with the country’s vision 2030.
“Today’s launch demonstrates our support for Egypt’s Vision 2030, clearly placing women’s financial inclusion and economic empowerment at the forefront of the reform agenda. Extending this initiative to Egypt, the first country in the Middle East to see the fund launched, reflects our commitment to provide female entrepreneurs with the opportunity to grow as part of our support to the SME sector in the country,” she said.