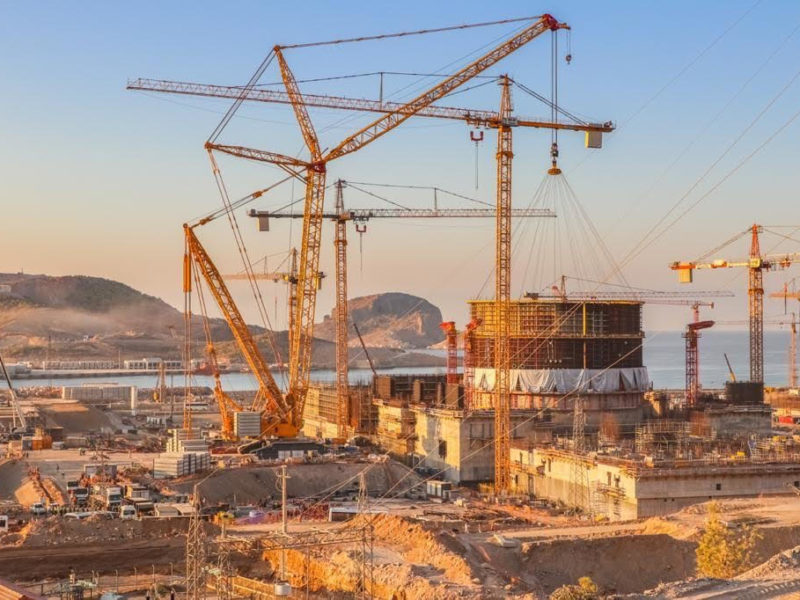 Turkey’s $20-billion plant project, the first ever by the country, is being threatened as Western sanctions heap up on Russia over its invasion of Ukraine.
Operations of the first reactor of the Akkuyu Nuclear Power Plant, located on the Mediterranean coast near Mersin, Al Jazeera reports, could be delayed though slated to start turning around next year.
Russian banks, such as Sberbank, supporting Turkiye with the loans worth $1.2bn since 2019, have been hit by sanctions, the Doha-based network adds.
Russian capital is fully backing the project featuring four reactors.
In an interview with Turkish broadcaster, NTV, Akkuyu CEO, Anastasia Zoteeva, highlighted the “large amount of equipment” produced for the plant in countries such as the Czech Republic, Hungary and South Korea will also be delayed.
Turkey hopes to produce 10 per cent of its energy needs with the Akkuyu Nuclear Power Plant.