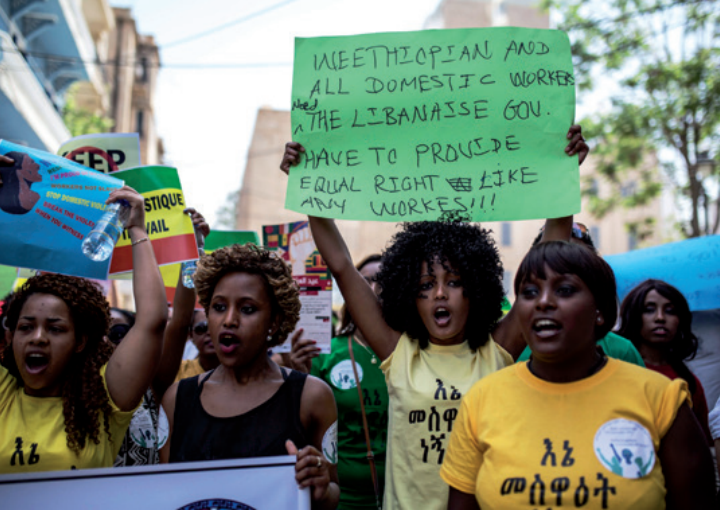 The head of Kuwait’s Federation of Domestic Labor Recruitment Offices said the salary of new Ethiopian domestic workers in Kuwait will be set around 90 dinars ($293) per month amid talks about labor agreement between the two countries, Addis Standard reports.
Khaled Al-Dakhnan made the announcement as he received an Ethiopian delegation led by Nigussu Tilahun, Minister for the Ministry of Labor and Skill.
Both countries, according to the Ethiopian Foreign Ministry, are working around a labor agreement that the ministry of the African country will help thousands of Ethiopians get employment opportunities in Kuwait.
Aside from the labor agreement, both countries are reportedly expecting a deal that includes reopening “the Ethiopian embassy or one of the offices in the country, to follow up the affairs of domestic workers so that Kuwait can deal directly with the embassy of Ethiopian office in Kuwait and not through the intermediary offices”.
Kuwait is one of the destinations for Ethiopian domestic workers migrating to Middle Eastern countries in search of a better life. However, the Ethiopian workers had complained about harsh working conditions.
In March 2017, a video that went viral on social media showed an Ethiopian domestic falling from the seventh floor of a residential apartment building in the Gulf country.
Human Right Watch (HRW) condemned the working conditions of domestic workers in Kuwaiti and asked authorities to “investigate the working conditions that lead to all such attempted escapes or suicides and refrain from charging employees with “absconding.” No one should have to resort to climbing out of tall buildings to escape their workplace,” HRW said in response to the viral video.
Reactions on social media forced the Arab country to suspend the recruitment of Ethiopian domestic workers. It however lifted the ban in April 2018.