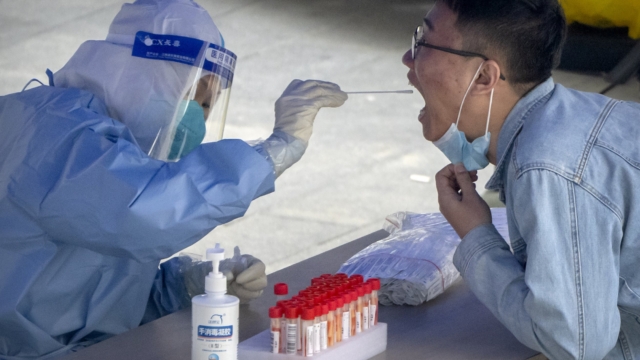 Two new Omicron sub-variants, whose virulence has yet to be determined, are behind the new wave of Covid-19 pandemic in South Africa, WHO said.
“South African scientists who identified Omicron late last year have now reported two other Omicron sub-variants, BA.4 and BA.5, as the cause of a spike in cases in South Africa,” World Health Organization Director-General Tedros Adhanom Ghebreyesus told a news conference.
“It is too early to know whether these new sub-variants may cause more severe forms of the disease than the other Omicron sub-variants,” but early data suggest that the vaccine continues to provide good protection against severe forms of Covid and reduce the risk of death, he said.
South Africa, officially the continent’s most affected country by Covid-19, has entered a new pandemic wave, the Center for Epidemic Innovation and Response (CERI) warned in late April.
The country, where less than 45% of the adult population is fully vaccinated, had gone 48 hours in early March without a single Covid-related death, the first time this had happened since 2020. President Cyril Ramaphosa had announced in early April that all legal restrictions related to the pandemic would be lifted.
“The best way to protect the population remains vaccination, as well as social and public health measures that have proven to be effective,” said Dr. Tedros.