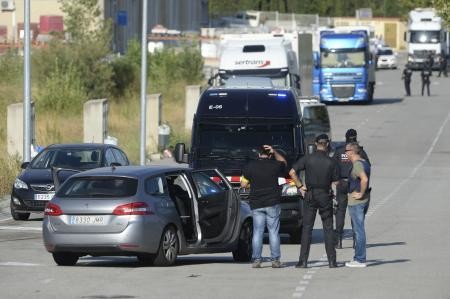 The Spanish police has arrested three people for financing terrorism in Libya, the oil-rich country still witnessing a sporadic attacks from the Islamic state group, ISIS.
The three people according to the police were arrested In Valencia, Barcelona and Girona last Thursday, Al Wasat news outlet reports. Police carried out search operations in Barcelona, and Sant Adri del Besos, along with a commercial establishment in Badalona.
The three arrestees had been under investigation for two years after specialists in the fight against terrorism detected the presence in Spain of a person related to the leadership of a Libyan militia, linked to ISIS.
The investigation also revealed the existence of a complex business network at the international level working to transfer and provide funds to groups linked to the ISIS organization.
ISIS, stamped out of an oil-rich country, is still carrying sporadic attacks. In January, the interior ministry indicated that the southern town of Qatroun, came under attack by armed groups affiliated to ISIS.