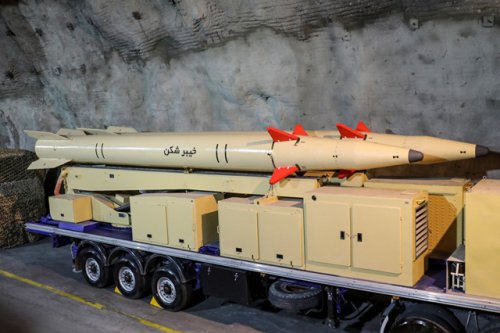 The new missile can hit targets within a range of 900 miles (1,450 kilometers), according to Tasnim.

“This long-range missile is domestically manufactured by the Revolutionary Guards (IRGC) … It has high accuracy and is propelled by solid fuel and is capable of penetrating missile shields,” the Iranian state media reported.

The missile’s name refers to a Jewish castle overrun by Muslim warriors.

The new missile is unveiled as negotiations continue in Vienna over Iran’s nuclear weapons capabilities and attempts to revive a deal with world leaders to deter them.