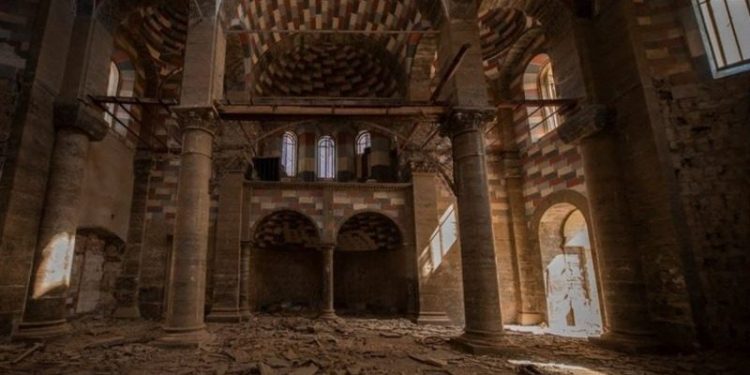 The United Nations Educational, Scientific and Cultural Organization (UNESCO) and the United Arab Emirates (UAE) have announced that the reconstruction of Al-Hadba Minaret and Al-Saa’a and Al-Tahera Churches in the city of Mosul in Iraq is “ready to start in March”, after three years of intensive preparatory work.

UNESCO Director-General Audrey Azoulay will make a special trip to Mosul to start reconstruction work, the UN organization said in a statement.

Due to the occupation of Mosul by the Islamic State terror group until 2017, 80% of the old city of Mosul was destroyed. After the city was liberated in 2018, UNESCO launched an ambitious international initiative to “revive the spirit of Mosul”.

This reconstruction and reconciliation initiative aims to restore its former glory to this rich and diverse city, whose plural history is located at the crossroads of cultures and religions of the Middle East.

To achieve this, UNESCO wanted to rely on the inhabitants as agents of change and that they be associated with the process of rebuilding their city through three main axes: heritage, education and cultural life.

The United Arab Emirates was the first partner to join this UNESCO initiative to restore and reconstruct historical sites in Mosul, including the Al-Nouri Mosque and the Al-Hadba Minaret. The project was later extended to Al-Saa’a and Al-Tahera churches. The European Union has also partnered with UNESCO to rebuild 122 historic houses.

This week, UNESCO’s Assistant Director-General for Culture, Ernesto Ottone Ramírez, visited the old city of Mosul to see first-hand the progress made.