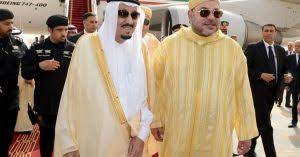 Upon the high instructions of King Mohammed VI, Morocco has decided to support the bid of the brotherly Kingdom of Saudi Arabia to host the World Expo 2030 in the city of Riyadh, said the ministry of Foreign Affairs in a statement.

This support is in harmony with the distinguished relations that bind the two Kingdoms and falls within the framework of the bonds of sincere brotherhood between King Mohammed VI and his brother the Custodian of the Two Holy Mosques, King Salman bin Abdulaziz Al Saud, and the Saudi Crown Prince Mohammed bin Salman bin Abdulaziz.

This support is also in line with the tradition of continuous solidarity, active cooperation and unwavering and mutual support between the two brotherly countries, the statement added.