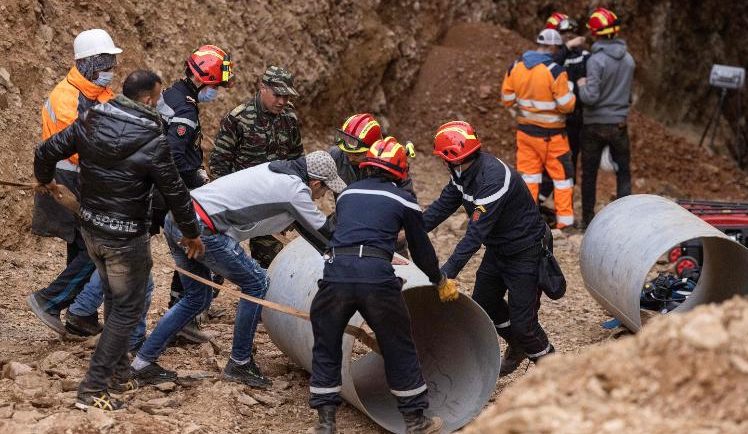 Rayan, the five-year-old boy who was trapped in a well in Morocco died today, February 5.

A statement from the royal cabinet confirmed the news shortly after medical staff took Rayan Aourram outside of the well.

Masses of people, from Morocco and worldwide, shared messages of compassion and condolences to the family of Rayan.

King Mohammed VI of Morocco made a phone call to express his condolences to the family of Rayan.

The royal cabinet statement said the King expressed his deepest condolences and sincere sympathy to all members of the family.

The King said he was “closely” following the development of the tragic incident and issued instructions to all concerned authorities to take the necessary measures to save Rayan’s life.

The Monarch expressed appreciation for the tireless efforts of all authorities and public forces to attempt to rescue Rayan’s life.

The death of Rayan shocked Moroccans and all who had been hopeful to hear good news from the conclusion of rescue operations.

Many shared condolences and heartfelt messages to support the deceased’s family and people who worked without rest to save the boy’s life.