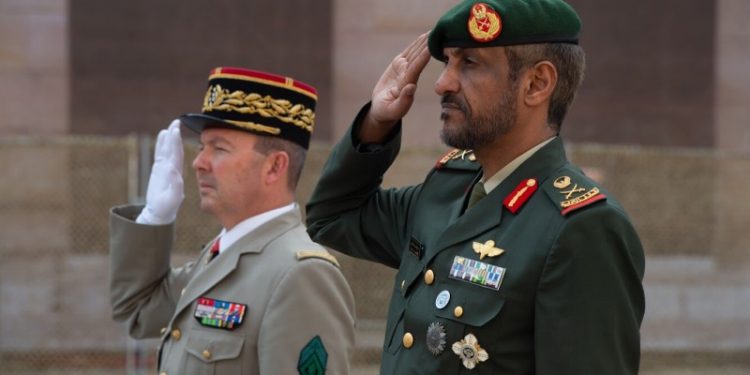 France will help the United Arab Emirates secure its airspace against attacks by Houthi rebels in Yemen. The announcement was made by both sides who recalled that the move falls within the frame of their defense agreement.

The UAE Ministry of Defense has announced the start of the activation of the joint defense cooperation agreement between the UAE and France.

This agreement will serve to help the Emirates to deal with terrorist attempts against them. The decision was taken after the visit to Paris of General Saleh Al Ameri, head of the Joint Operations Command of the Emirates, where he met with French military leaders.

The Emirates “were the victims of serious attacks on their territory in January. In order to show our solidarity with this friendly country, France has decided to provide military support, in particular to protect their airspace against any intrusion,” wrote the French Minister for the Armed Forces, Florence Parly, on her Twitter account.

“France and the United Arab Emirates are linked by a strategic partnership, our contribution is part of the application of our defense cooperation agreement”, she added.

Several countries have voiced their unconditional support to the United Arab Emirates which is subjected to the multiplication of terrorist threats from Iran-backed Houthi rebels.

On Wednesday, the United States announced the dispatch of a warship, the USS Cole missile destroyer, and fifth-generation fighter jets to Abu Dhabi to help its Emirati ally.

France is the second country to announce similar news. “Aerial operations are planned and conducted from Al Dafra air base (near Abu Dhabi), in close coordination with the Emirati forces,” the Ministry of the Armed Forces said in a statement.

France has an air base in the Emirates, made up of no less than 650 men, from which it regularly organizes its strikes against jihadist groups.

Houthi rebels claimed responsibility for three attacks targeting the Emirates in January, including one carried out using drones and missiles that killed three in Abu Dhabi on January 17. On January 31 again, they had claimed missile fire intercepted over the Emirates.