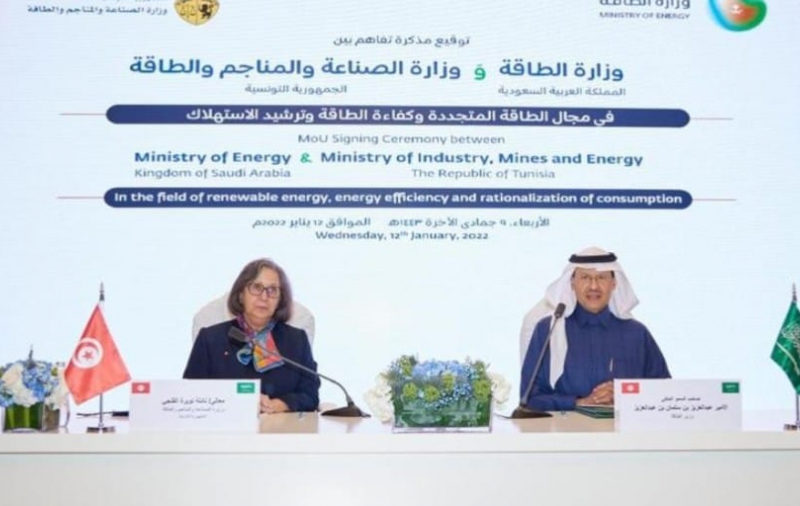 The Kingdom of Saudi Arabia and Tunisia signed Wednesday a memorandum of understanding in the field of renewable energies with the aim of boosting their cooperation, Webdo Tunis reports.