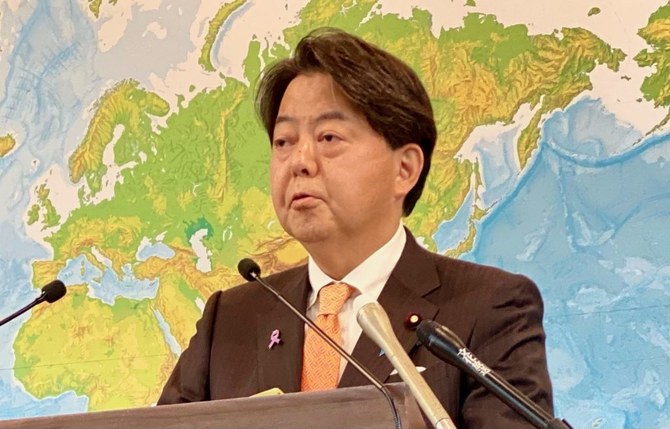 Japan has no plans as of now to re-open its mission in Damascus, HAYASHI Yoshimasa top diplomat of the Asian country has told Arab News Japan.
“The resumption of the embassy’s operations in Damascus will be decided while closely monitoring the local situation,” Hayashi said citing security concerns.
Tokyo closed temporarily its foreign mission in the Syrian capital in 2011 after the eruption of the conflict that has ravaged the Middle East country for 10 years.
The embassy has been moved to Lebanon and both countries still maintain good ties. The Syrian embassy in Tokyo is still operation.
“Eleven years have passed since the outbreak of the Syrian crisis, and we are closely watching whether the movements of some Arab countries, including the UAE, toward high-level exchanges with Syria, will affect the stagnant political process,” the Japanese minister said.
The UAE sent last week its top diplomat to meet with President Bashar al Assad for high level cooperation between the two countries. The UAE reopened its embassy in Damascus in December 2018 after cutting ties with the Syrian regime.
The U.S rejected the close rapprochement between Syria and UAE and warned against any international recognition of the Syrian President that Washington accuses of massacring his own population in reference to the conflict.