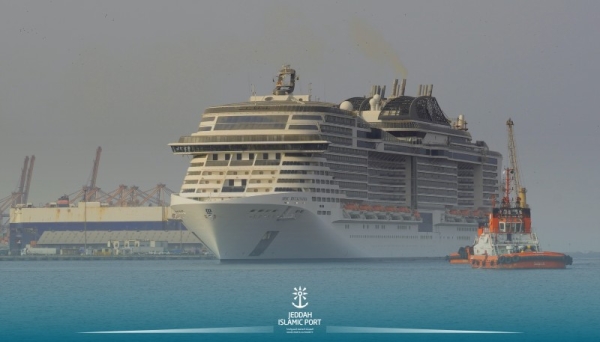 The Saudi Ports Authority (Mawani) has entered an agreement with Cruise Saudi and Globe Group to build a new cruise terminal at King Abdulaziz Port in Dammam, as well as to develop four berths at King Abdulaziz Port in Dammam and Yanbu Commercial Port, Trade Arabia reports.
“We are pleased to support the National Transport and Logistics Strategy with the development of a cruise terminal and deeper berths to accommodate international cruise liners, said Omar bin Talal Hariri, the ‏President of Mawani; after signing the deal with Engineer Fawaz Farooqui, Managing Director of Cruise Saudi; and Maad Abduljawad, the CEO of Globe Group.
The agreement is line with Mawani’s ongoing efforts to empower the kingdom’s tourism sector through support for cruises along the coastlines of the Arabian Gulf and the Red Sea, enshrined in the goals of the National Transport and Logistics Strategy, the online media notes.
The deal further increase the Gulf country’s position as a leader in the cruise industry and enhances the visitor experience for guests in the kingdom, Talal Hariri noted.
“We will continue to work together with our partners to develop a sustainable, thriving marine transport ecosystem that contributes to the competitiveness of Saudi Arabia’s ports, supports the kingdom’s socio-economic aspirations, and helps to achieve the ambitions of Vision 2030,” he added.