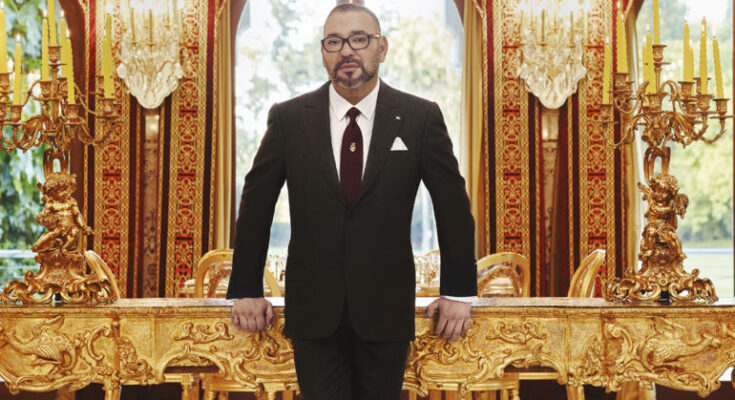 The 46th anniversary of the historic Green March to conquer back Morocco’s Southern provinces is celebrated this Saturday Nov.6.

Around 350,000 Moroccans volunteers from all over the country and all walks of life marched on November 6, 1975 into the Sahara to take control of Morocco’s southern provinces then controlled by Spain.

They heeded the call of the late King Hassan II to liberate the Sahara from Spanish dominion after the Hague-based International Court of Justice delivered a ruling on October 16, 1975, affirming that the Sahara was never terra nullius (territory without master) and that there were “legal ties of allegiance” between this territory and the Kingdom of Morocco before Spanish colonization.

Brave Moroccans, young and old, men and women, only equipped with the Koran and the national flag camped for three days in the Sahara few hundred meters from Spanish artillery.

The peaceful march forced Spaniards to withdraw and sign few days later the Madrid accords, handing back the territory to its rightful claimant, Morocco, which scored a historical, diplomatic victory.

However, the Spanish colonizer left a desert area deprived of any infrastructure. Since then, Morocco injected billions of dollars to bolster the social and economic development of its recovered territories.

Today, 46 years after this epic event, the southern provinces, like other parts of the Kingdom, enjoy security and witness an unprecedented development dynamic triggered by the new economic development model for the Sahara announced in November 2015 by King Mohammed VI. This global development model for the region was designed to ensure the complete and final integration of the southern provinces to the unified motherland and to strengthen the role and influence of the Sahara as an economic hub and as a link between Morocco and its African neighborhood.

Now, the southern provinces are endowed with all the necessary infrastructure that are reshaping the landscape of this entire region, while other major projects are underway.

In this connection, the 1,055 km-long expressway linking Tiznit to Dakhla will be operational in 2022. The project that required a $1.0 billion investment is a genuine transcontinental road that will link Europe to sub-Saharan Africa through Morocco.

The new development model for the southern provinces also provides for the construction of the Dakhla port. This project, requiring an investment of $1.0 billion, concerns the construction of a deep-water port on the Atlantic coast, 40 km north of Dakhla. The project features three components: a commercial port, a port dedicated to coastal and deep-sea fishing, and a port dedicated to shipbuilding industries.

The southern provinces are also benefitting from the national renewable energy strategy. Solar power plants have already been operational in Laâyoune and Boujdour since 2018, with a total capacity of 100 megawatts.

Other wind energy farms have been launched in Tarfaya, in Foum el Oued and in Akhfennir. And it’s not over. Other projects with a capacity of 800 megawatts are underway.

At the political level, the massive participation of the population of the Moroccan Sahara in the elections of September 8, 2021, as in previous ballots, confirms their attachment to the territorial unity of the Kingdom.

This adherence also reflects the will of the population of these provinces to fully engage in the implementation of the sustainable development project launched by King Mohammed VI.

Besides the population’s renewed political commitment, the Green March 46th anniversary is celebrated in a diplomatic context marked by the adoption of the UN Security Council resolution 2602, which consolidates the achievements made by the Kingdom in the Sahara issue, achievements made possible thanks to the personal commitment of King Mohammed VI.

Resolution 2602, which extends for one year the MINURSO mandate till October 31, 2022, actually enshrines the preeminence of the Moroccan autonomy initiative to resolve the artificial Sahara conflict.

Moreover, over 26 countries from Africa, the Arab world, and the Caribbean have set up consulates in the cities of Laayoune and Dakhla to renew their recognition of the Sahara as a Moroccan territory and to support to Morocco’s territorial integrity.

The Green March epic allowed Morocco to perfect its territorial integrity, a whole region to embrace economic and social development, and the emergence of a new geopolitical balance of power in the region.