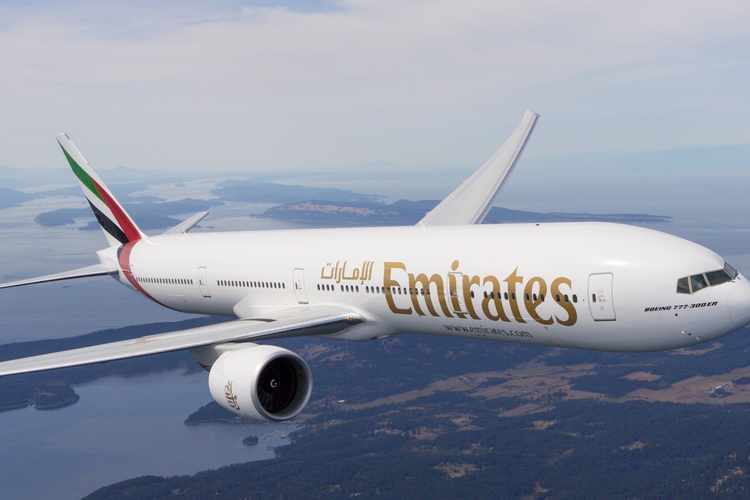 Emirates, Dubai flagship carrier, will begin running daily flights to the Israeli city of Tel Aviv from Dec. 06, more than one year after both UAE and Israel have established diplomatic ties.
The route will be served by a Boeing 777-300ER aircraft in a three class configuration. Daily flights are scheduled to depart Dubai at 2:50pm, arriving at Ben Gurion Airport at 4:25pm local time. The return flight EK 932 will depart Tel Aviv at 6:25pm, arriving in Dubai at 11:25pm local time, the airline said according to Zawya news outlet.
The carrier will also operate cargo service and will 20 tons of cargo capacity each way between Dubai and Tel Aviv to support exports of pharmaceuticals, high-tech goods, vegetables and other perishables from Tel Aviv.
Emirates SkyCargo will also transport manufacturing raw materials and components, semiconductors and e-commerce parcels into Israel. “With the start of services in just a few weeks, Emirates will provide more options for travellers to fly better to and from Tel Aviv via Dubai. We also look forward to welcoming more business and leisure travellers from Israel to Dubai, and onwards to other destinations on Emirates’ network,” said Adnan Kazim, chief commercial officer, Emirates airline.
“We would like to thank the UAE and Israeli authorities for their support, and we await the opportunity to serve Israel and open up more prospects for both countries to continue to build a strong relationship while growing business and expanding tourism in the near future,” he added.
The Gulf country and Israel established diplomatic ties in September 2020 and since then increased initiatives to develop cooperation in several areas.