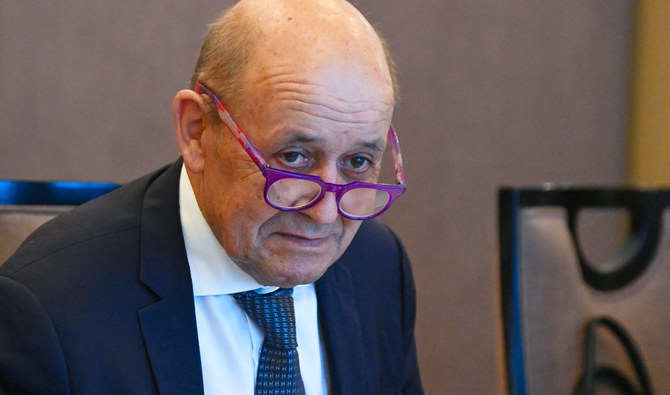 French Foreign Minister Jean-Yves Le Drian has celebrated progress in diplomacy in the Middle East and promised that France will continue to take an active role in ensuring the region remains stable.

In a wide-ranging press conference held on Monday, Le Drian also lamented the recent “breach of trust” by the UK and US over the sale of submarines to Australia, Arab News reports, recalling that France had originally been slated to supply submarines to Australia as part of that deal, but Canberra did a U-turn in favor of an agreement with the US and UK, in what some have called an embarrassment for the French.

“In the Middle East, stability and security shall be the heart of our priorities. These require a regional dialogue, including in the unprecedented format of the Baghdad Conference on Aug. 28,” Le Drian was quoted by Arab News as saying.

The Baghdad Conference for Cooperation and Partnership brought together many of the key powers in the Middle East, including Saudi Arabia, the UAE, Egypt, Jordan, Turkey, Iraq, Qatar, and Iran for dialogue aimed at easing security tensions in the region. France also attended the summit and has taken an active role in mediating conflict and disputes in the Middle East, in some form, for centuries.

“It was an exceptional meeting because those who attended were not used to sitting at the same table,” said Le Drian, who is currently in New York for the UN General Assembly’s week of high-level meetings.

“We managed to launch some sort of new spirit and to gather some support for a willingness to reduce regional tensions in an unprecedented format.”

Iran’s presence at the conference, he continued, may be seen as a “positive signal,” but he said that he would convene a meeting of the joint commission of the JCPOA (Joint Comprehensive Plan of Action) because, “regarding Iran, we note that the negotiations were interrupted at the request of Iran and we need to make sure that, this week, we try to launch some positive momentum or negotiations to resume.”

The JCPOA, widely referred to as the Iran nuclear deal, saw heavy restrictions and monitoring placed on Tehran’s nascent nuclear program in return for much-needed sanctions relief. Iran and the US, which also left the deal, have been in negotiations for years over a bilateral return to the deal, but those have stalled in recent months.

“In the meantime, Iran keeps breaching some commitments that they made within the JCPOA,” said Le Drian, who also warned that “time is playing against the potential (nuclear) agreement because, as time goes by, the Iranian authorities are speeding up their nuclear activities.”