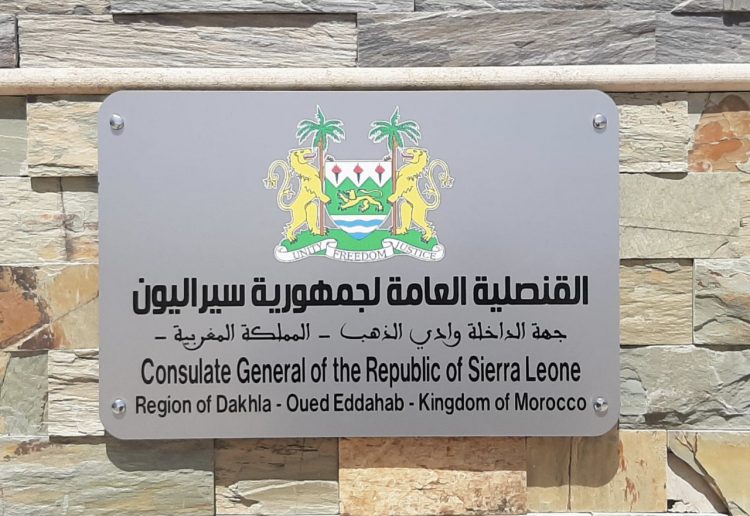 Sierra Leone has inaugurated Monday its Consulate General in the Sahara city of Dakhla and installed Ms. Zainab Candy as the head of the consular representation.

The inauguration of the Consulate comes just few days after Freetown opened an embassy in Rabat, in the presence of its Foreign Minister David Francis, and appointed Mr. Atumanni Dainkeh as ambassador to Morocco.

Foreign Minister David Francis had then said that the opening of the embassy is “a superb demonstration of our commitment and our long-standing partnership.”

This diplomatic representation will further consolidate the already “very strong” bilateral relations and help promote the African partnership, underlined David Francis, who expressed thanks to Morocco for its “huge support” to Sierra Leone in different areas, especially during the Covid-19 pandemic.

David Francis had actually said that for Sierra Leone, “the Sahara is a territory under the sovereignty of Morocco,” and that the opening of a consular representation in Dakhla translates the distinguished relations binding the two countries.

The Sierra Leone official’s visit was marked by the signing of a roadmap providing for strengthening cooperation between the two countries in several areas, including education and training; technical cooperation; economic promotion and investments; as well as cooperation in the field of security.

Twenty five countries from Africa, Arab world and Caribbean region have so far installed consular missions in the Moroccan Sahara cities of Dakhla and Laayoune, in moves that translate support to Morocco’s sovereignty over its Sahara provinces.