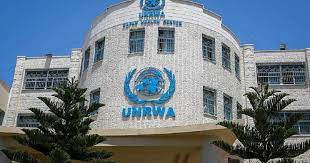 The UN agency for Palestinian refugees (UNRWA) has announced an additional US contribution of $135.8 million to support its operations.

“The signing of the US-UNRWA Framework and additional support demonstrates we once again have an ongoing partner in the United States that understands the need to provide critical assistance to some of the region’s most vulnerable refugees,” UNRWA Commissioner-General Philippe Lazzarini said in a statement.

Lazzarini noted that the additional contribution will help UNRWA to address its main health, relief and education programs, its emergency appeals and humanitarian challenges in its fields of operations in Syria, Lebanon, Jordan, the West Bank and Gaza Strip.

In April, the US announced a contribution of $150 million to UNRWA’s life-saving programs, and in May it also provided UNRWA with $33 million following the Israeli 11-day offensive on Gaza.