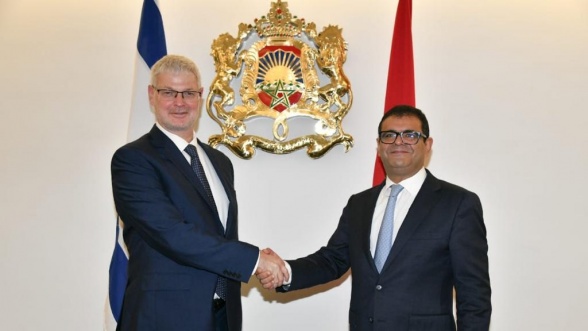 The invitation was communicated by Director General at Israel’s foreign ministry Alon Ushpiz who is leading an Israeli delegation on an official visit to Rabat.

Ushpiz met with his counterpart at Morocco’s foreign ministry Fouad Yazough and held meetings in Rabat on the means to bolster bilateral cooperation following the December deal between the two countries to resume diplomatic ties.

“The resumption of diplomatic ties between Israel and Morocco, under the leadership of HM King Mohammed VI, is a milestone in the relations between our two peoples,” said Lapid on his Twitter account.

Morocco expects to receive up to 200,000 Israeli tourists in the first year after the launch of direct flight.

Morocco’s flag carrier RAM signed a deal with Tal Aviation to act as its sales representative in Israel.

Nearly, 1 million people living in Israel are of Moroccan descent and up to 70,000 Israelis have been visiting Morocco annually despite lack of direct links.