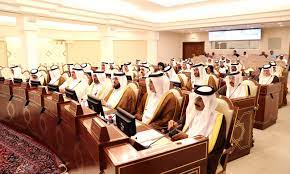 Qatar Sunday said it set up a committee to oversee its first legislative elections scheduled in October, Reuters reports.

Prime Minister Sheikh Khalid bin Khalifa Al-Thani who also heads the ministry of interior said Sunday the committee will be overseen by the Interior ministry.

The Gulf country plans to hold its first legislative elections for the 45-member Shoura Council, in October.

The ruler will appoint 15 members while 30 seats will be open for elections. The gas-rich country is divided into 30 electoral districts.

The interior ministry has not yet set a date for the elections precise date but Sheikh Khalid last month said that a draft electoral law approved by the Cabinet in May would put limits on campaign spending and criminalize foreign funding and vote-buying, the news agency notes.

10 per cent of the country’s 2.7 million people will take part in the electoral process. 90 per cent of Qatar’s population is made of foreigners, mostly expat workers.