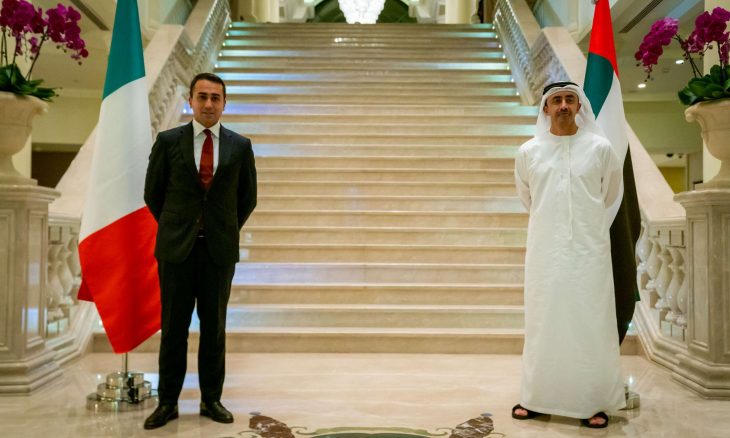 The UAE has asked Italy to withdraw its military jets and forces from a military base in the Gulf country by July 2, an Italian source told Reuters, in an apparent reaction to the European country’s opposition to a missile sale deal to the Gulf country. The source who asked not be named told the agency both countries are trying to defuse the crisis.
The European country, a member of NATO, has used al Minhad air base, which hosts aircraft from various nations, for flights to Iraq, Afghanistan, the Horn of Africa and the Indian Ocean.
Italy irked the UAE early this year after it said it botched the sale of 20,000 missiles worth more than 400 million euros ($485 million) in 2016 under the center-left government of Matteo Renzi, in light of Rome’s commitment to bringing peace to Yemen and protecting human rights, Reuters notes.
Saudi Arabia and the UAE had led a Pan-Arab coalition in Yemen backing President Mansour facing opposition from Houthi rebels. The campaign has caused the death of more than 10,000 people and the displacement of hundreds of thousands of people.
This month, Italy summoned the UAE envoy to Rome to protest against the Gulf country’s refusal to allow an Italian military plane carrying 40 journalists to cross its airspace on its way to Afghanistan.