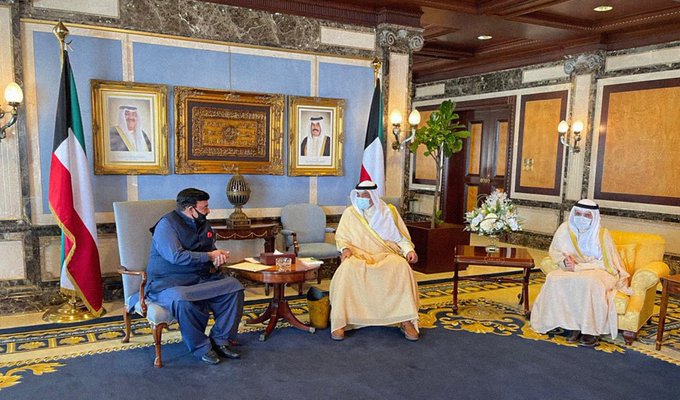 Kuwait Sunday agreed to end the decision not to issue family and business visas to Pakistanis, in place since 2011, Pakistan’s Interior minister Sheikh Rasheed Ahmed said.
The Gulf country in 2011 suspended issuance of family and business visas to citizens of Iran, Iraq, Syria, Pakistan and Afghanistan owing to security concerns in those countries.
But the Arab country Rasheed said after meeting with the Kuwaiti Prime Minister Sabah Al-Khalid Al-Sabah on Sunday, has decided to scrap the decision.
“There has been a big development on the front of Kuwaiti visas that had been stopped for Pakistanis since 2011. Family and business visas between Pakistan and Kuwait will now be restored,” he said on Twitter.
Kuwait will also lift restrictions on technical visas in the fields of medicine and oil. “Pakistani families and the business community faced great difficulties with the Kuwaiti visa ban,” Rasheed tweeted.
“Restoration of worker visas will create new employment opportunities for Pakistanis and business visas will boost trade between the two countries.”
Pakistan began in March talks with Kuwait to restore the visa issuance to its citizens.