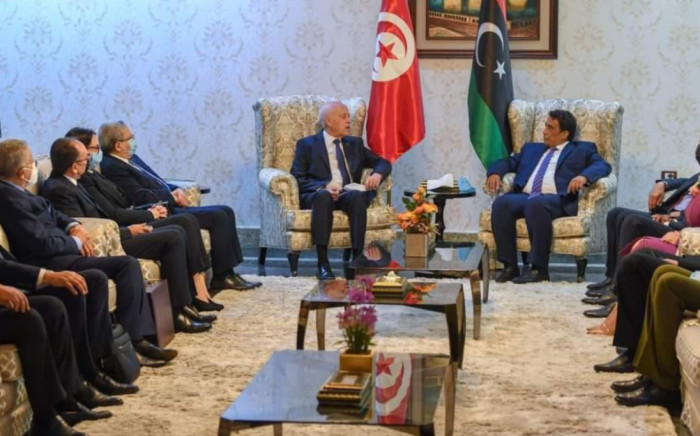 Mohamed el-Menfi, the President of the Libyan Constitutional Council, PC, will visit Tunisia May 29-31 at the invitation of President Kais Saied as part of both countries’ efforts to strengthen historical and brotherly ties.
The office of President Saied announced Thursday the planned Menfi visit, Webdo Tunis reports say, adding that it provides an opportunity to discuss bilateral cooperation issues and ways to raise them to the level of the aspirations of the two brotherly nations.
“The visit will also allow for further consultation and coordination on regional and international issues of common interest,” the office added in a statement.
Menfi’s visit followed that of Saied in March to Libya to underline Tunisia’s support for the PC and the unity government of interim Prime Minister Abdelhamid Dbeibah tasked to lead the oil-rich African country towards general elections in December this year.
Tunisia is keen on playing a key in Libya’s reconstruction. Tunisian Prime Minister Hichem Mechichi who visited Libya last week stressed the need for both countries to develop cooperation agreements and open new horizons for economic transactions to include promising areas of joint cooperation, through much anticipated high-level visits aimed at strengthening cooperation.