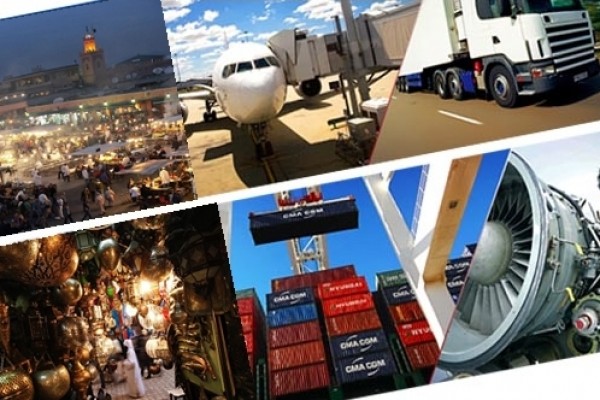 The kingdom of Morocco has emerged as one of the leading international investors in Africa with foreign direct investment (FDI) valued at about $4 billion according a report by the Moroccan Agency for Development of Investment and export (AMDIE) and France-based consulting firm, Mazars.
The report, dubbed “Analyse de l’investissement en Afrique en 2020 [Analysis of Investment in Africa in 2020]” released on “Africa Day”, looked into four criteria namely “global attractiveness of the African continent”, “investment in Africa”, “foreign direct investment on the continent” and “intra-African foreign direct investment.”
Per the report, the African continent, despite the pandemic and political uncertainties, remains very attractive. The continent, reports also stressed, boasts huge business development potential for several key and mature sectors of the Moroccan national economy.
The analysis highlighted that the North African country signed close to 1,000 trade agreements with 28 African countries friendly with the Rabat.
In the area of investment, Morocco, reports said, invested between 2003 and 2017 MAD37 billion (about $4 billion) in 30 African countries. The investment portfolio positions the kingdom among leading investors on the continent. Majority of the investment went to West African countries who make up the largest chunk of Morocco’s club of friends.
Kingdom’s emergence in Africa is driven by the country’s industrialization program spearheaded by sectors such as automotive, aerospace and electronics, under the Industrial Acceleration Plan.
Morocco ranked last year 53rd on World Bank Doing Business index and features among the continent top 3 most reforming economies in Africa, right behind Mauritius and Rwanda.
Mazars, according to its website, is a leading international audit, tax and advisory firm. It operates in 90 countries around the world through member firms.