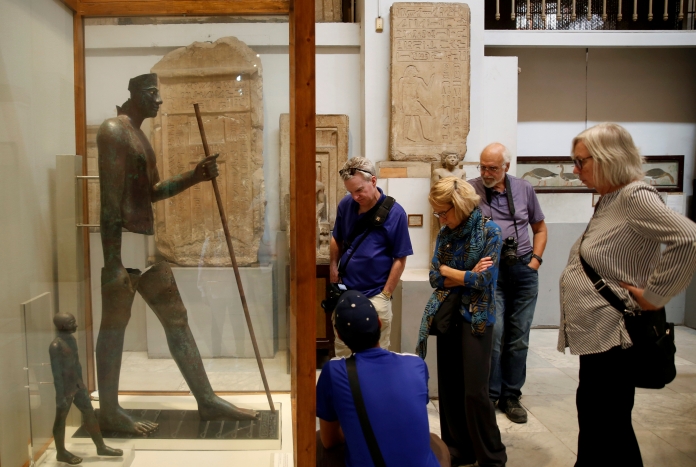 Egypt is targeting between $6 billion and $9 billion in tourism revenues in 2021 as the country reports a rise in arrivals of Eastern European and Gulf holidaymakers, tourism minister Khaled El Anany has indicated, Bloomberg reports.
Late last month, Deputy Minister Ghada Shalaby said the Arab Republic is expecting to generate between $6 billion and $7 billion in terms of tourism revenues this year as direct flights between the Arab republic and Russia are set to resume “soon”.
Shalaby also indicated that the country envisions to attract this around 60 per cent of the number of visitors who visited the Arab country in 2019.
In 2019, 13.1 million people visited Egypt, generating a total revenue estimated at $13.03 billion.
Anany, Bloomberg notes, indicated that the number of visitors has risen to about 500,000 a month this year and Egypt is expecting total of more than 6 million tourists this year.
The tourism revenues dropped down in 2020 to about $4 billion due to the pandemic.
Shalaby also said Egypt is counting on Russian holidaymakers. More than one million Russian tourists are expected to visit Egypt this year.
Both Egypt and Russia, Cairo said early this week, have agreed to resume all flights between the two countries. Russia has suspended flights to Egypt’s resort destinations Sharm al-Sheikh and Hurghada after a Russian passenger jet was brought down in October 2015, in the Sinai, with 224 people onboard.
The Islamic state group claimed responsibility for the attack.