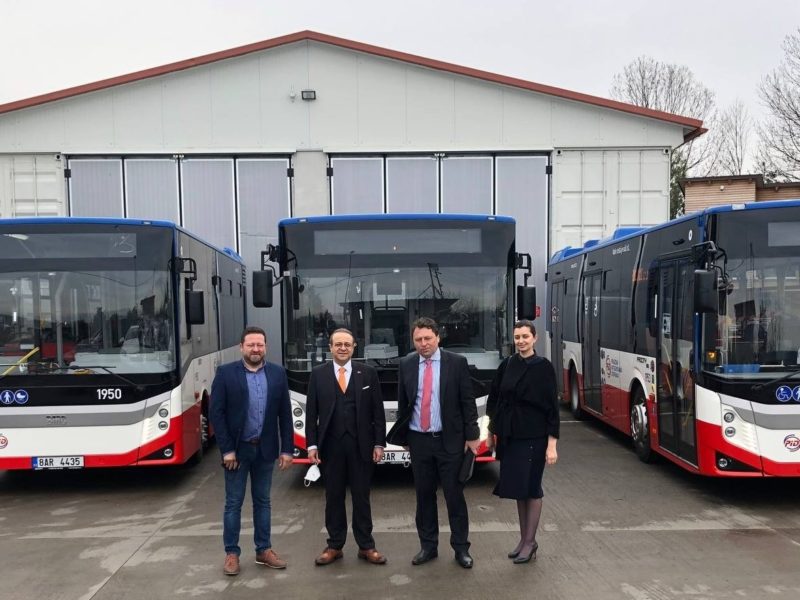 Czech Republic Thursday introduced for the first time buses manufactured in Turkey in its public transport.

The buses are the first Turkey-made vehicles to be introduced to the Czech public market.

Another Turkish company, automotive manufacturing company Temsa, jointly owned by Turkish conglomerate Sabancı Holding and Netherlands-based PPF Group, won the electric bus tender in Prague. Per the deal, Temsa and its sister company Skoda, will deliver a fleet of 14 buses at the end of this year. The contract is valued at around $25 million.

The fleet will enable Prague achieve its goal of guaranteeing cleaner air while reducing carbon emissions.