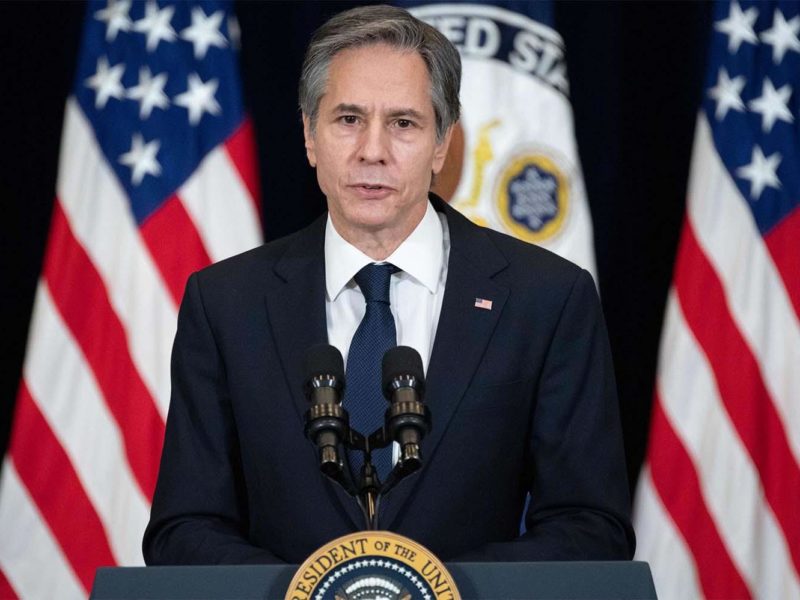 U.S. Secretary of State Antony J. Blinken has welcomed the resumption of relations between Morocco and Israel and outlined that the Morocco-Israel relationship will bring long-term benefits for both countries.

The Secretary “welcomed Morocco’s steps to improve relations with Israel and noted the Morocco-Israel relationship will bring long-term benefits for both countries,” said the State Department in a readout of the phone call Antony Blinken had Friday with Moroccan Foreign Minister Nasser Bourita.

The resumption of ties between Morocco and Israel was part of a deal under which the US recognized Morocco’s sovereignty over the Sahara and voiced support for its autonomy plan.

The recognition came in a presidential declaration with an immediate legal effect as of December 10, 2020. Since then, the Sahara is considered by Washington as part and parcel of Morocco’s territory.

The US Secretary of State also highlighted the “far-reaching” reforms undertaken in Morocco under the leadership of King Mohammed VI.

“The Secretary and the Minister discussed King Mohammed VI’s far-reaching reforms over the past two decades, and the Secretary encouraged Morocco to continue implementing these reforms,” the Spokesperson for the State Department Ned Price said in the statement.

They two parties “discussed opportunities to increase cooperation in Africa to promote economic prosperity and stability and the Secretary highlighted Morocco’s key role in fostering stability in the Sahel and Libya,” the spokesperson added.

The U.S. Secretary of State noted, on this occasion, “the longstanding and mutually beneficial bilateral relationship founded on shared values and interests in regional peace, security, and prosperity.”

The two officials also noted that this year marks the two hundredth anniversary of the gift of the American Legation building in Tangier to the American people by Sultan Moulay Suliman, “an example of the longstanding strategic partnership that both countries plan to showcase throughout the year.”