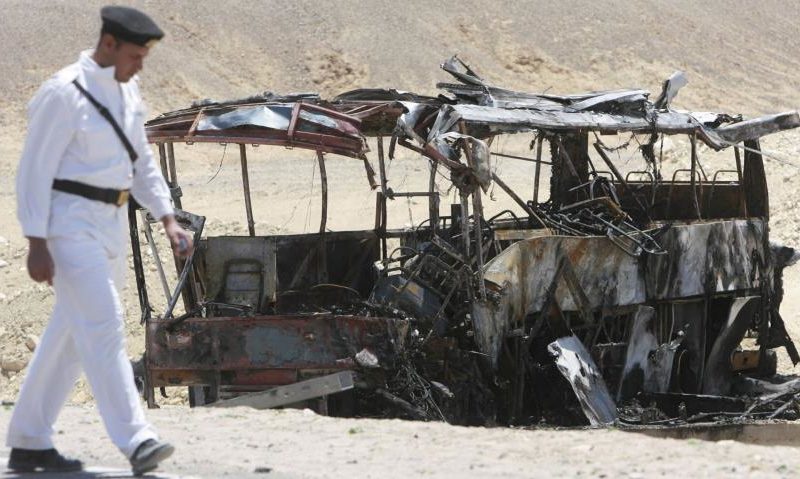 20 people died in a collision Tuesday after a bus on which they were traveling overturned while trying to pass a truck, in southern Egypt, The New Arab reports citing Egyptian authorities.
Essam Saad, governor of the southern province of Assiut indicated the bus was traveling from Cairo and hit the truck. Both vehicles caught fire.
Three other people sustained injuries and have been taken to nearby hospital.
Egypt in 2019, most recently, recorded around 10,000 road accidents which caused death of 3,480 people. It registered in 2018 8,480 car accidents, causing over 3,080 deaths. The accidents have been blamed on by speeding, bad roads or poor enforcement of traffic laws.