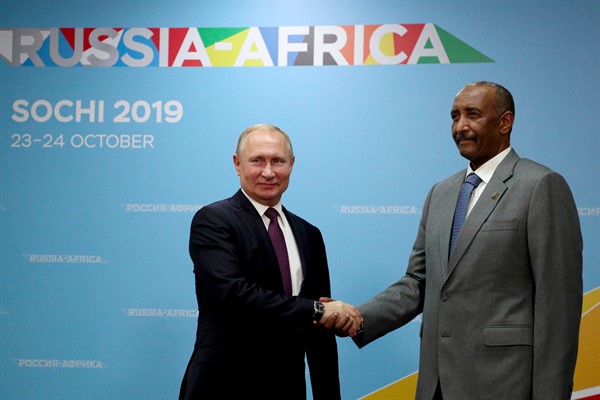 The American-Russian military competition is in full swing in the Red Sea, on the Sudanese coast. Last December, Russia announced an agreement with Khartoum to build a naval base in Port Sudan. However, since its removal from the American blacklist of countries supporting terrorism, the United States also covets this strategic location that is Sudan. And it is not out of the question that Washington might also set up a naval base there.

The naval logistics center in Port Sudan, the first in Africa for Russia, is designed to accommodate up to four ships and 300 military personnel. According to the Russian authorities, it is to serve as a “logistics support center” and for “repairs and supplies”. The strategic position of this crossroads of maritime exchanges will strengthen Russia’s power of action in the Indian Ocean and the Gulf of Aden.
As for the United States, they also seem to want a foot on the ground in post-el-Bashir Sudan, in a context of rapprochement between Washington and Khartoum, and at a time when military cooperation with Sudan is growing.

Since the end of January, the date of the visit of the number two AFRICOM to Khartoum, information has leaked about an agreement for a U.S. naval base. It would be located at Aqiq Kabir, not far from the border with Eritrea. According to several observers, the policy of the American outstretched hand in Khartoum is aimed at cutting off Russian interests.

In less than a week, two American military ships have docked in Sudan. The latest to date, the destroyer Winston Churchill, arrived Saturday in Port Sudan. And since Sunday, the Russian frigate Admiral Grigorovitch is moored 4 kilometers from the U.S. ship.