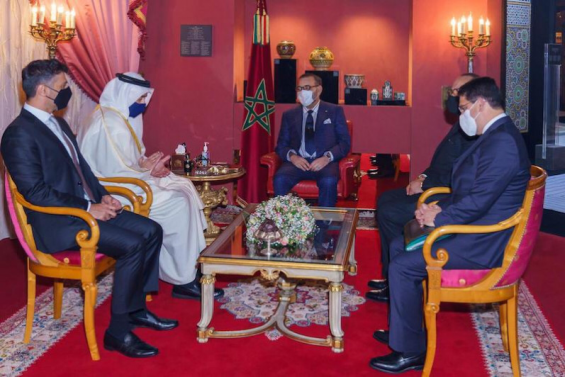 During this audience, talks focused on the evolution of bilateral relations in various fields.

The audience was attended on the Moroccan side by Mr. Fouad Ali El Himma, Advisor to the King and Mr. Nasser Bourita, Minister of Foreign Affairs, and on the Emirati side by Director of the office of Sheikh Abdullah Bin Zayed Al Nahyan, Mr. Mohamed Mahmoud Al Khaja.