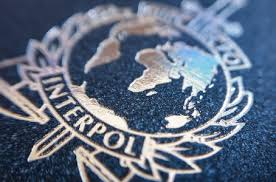 The National Brigade of the Judicial Police arrested, on Wednesday, a 57-year-old Lebanese national, member of the Shiite Hezbollah movement, for his alleged involvement in a case of scam, fraud, identity theft and possession of identity documents and passports registered as stolen in the database of the International Criminal Police Organization (Interpol).

The arrest was conducted on the basis of information provided by the domestic intelligence agency, the General Directorate of Territorial Surveillance (DGST).

According to preliminary data from the investigation, the Lebanese citizen is suspected of scam and fraud against several victims and of non-fulfillment of an agreement, said the National Police (DGSN) in a statement, adding that the suspect pretended to be a manager of foreign companies, by presenting Portuguese and French passports registered by Interpol as stolen, in order to deceive the victims and extract sums of money from them.

The search operation made it possible to seize, in the suspect’s residence, two stolen passports (French and Portuguese), identity documents, driving licenses bearing the names of French, Portuguese and Italian citizens, in addition to sums of money in dirhams and in foreign currency, said the DGSN.

The investigations are conducted in coordinating with Interpol as well as with the countries concerned to determine the circumstances of the declaration of the theft of the seized passports.