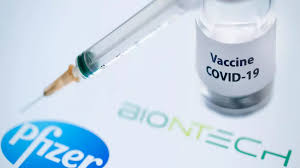 His son, the Crown Prince and other senior officials are also reported to have received the first dose of the vaccine.

The King was accompanied by the Saudi Minister of Health, Dr Tawfiq Bin Fawzan Al-Rabiah, who thanked him for his work and support for society in the fight against COVID-19. “The King’s initiative to vaccinate himself is an affirmation of the Kingdom’s strategy that prevention is better than cure,” the health Minister said.

Besides Saudi Arabia, the UAE and Bahrain have also approved the use of the Pfizer and BioNTech vaccine. The Saudis will be vaccinated in three stages depending on the population group they belong to, with around 100,000 people having been vaccinated to date.

The reopening of the borders with Qatar, beyond being good news for the political stability of the Gulf, may be a headache for Riyadh from the health point of view. To curb the spread of the coronavirus, Saudi Arabia has established a health center on the border with Qatar.

Qataris and all those entering Saudi territory through the Salwa border post must be tested at this center and then kept in quarantine for three days. They must also sign a pledge to carry out the quarantine.

The United Arab Emirates, and in particular Dubai, is putting a lot of effort into the proper conduct of the vaccination campaign. The country has administered nearly one million doses of two variants of the vaccine, Sinopharm and Pfizer-BioNTech. Dubai aims to have vaccinated 50% of its population by March.

The country has the second highest vaccination rate in the world, behind only Israel.