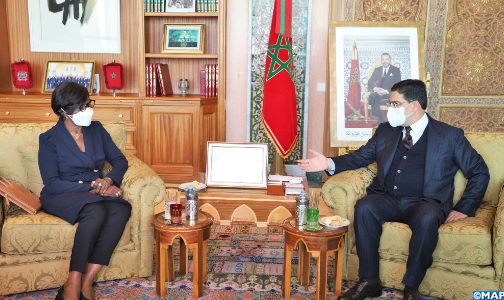 The Democratic Republic of the Congo opened, Saturday, a consulate general in Dakhla, at a ceremony co-chaired by DRC Foreign Minister Marie Tumba Nzeza, and her Moroccan counterpart Nasser Bourita.

DRC becomes thus the 9th country in less than a year to open a diplomatic representation in the Saharan city, considered the gate to Africa.

Since the beginning of the year, the city of Dakhla has witnessed a strong diplomatic momentum with the inauguration of the consulates of the Gambia, Guinea, Djibouti, Liberia, Burkina Faso, Guinea Bissau and Equatorial Guinea, in addition to Haiti, the first non-Arab and non-African country to open a Consulate in the Moroccan Sahara.

In his historic proclamation recognizing Morocco’s sovereignty over the Sahara, President Donald Trump also announced that the USA will open a consulate in Dakhla.

At the level of the Arab world, after the UAE and Bahrain which set up consulates in Laayoune, the capital of the Moroccan Sahara, Jordan also announced plans to take a similar move.