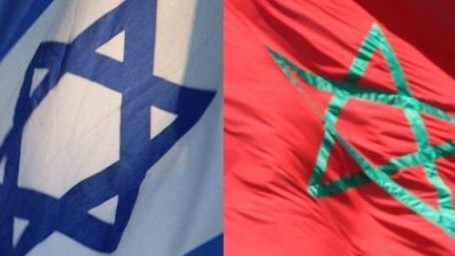 Morocco, which has always played a key role in promoting peace and stability in the Middle East, has decided “to resume diplomatic relations” and “officials contacts” with Israel “as soon as possible”.

The decision was announced Thursday by King Mohammed VI in a telephone conversation he had with U.S. president Donald Trump.

During the phone talks, the Monarch informed Mr. Trump that Morocco intends “to grant authorizations for direct flights for the transportation of members of the Moroccan Jewish community and Israeli tourists to and from Morocco”, says a press release issued by the Royal Office, citing the special ties that unite the Jewish community of Moroccan origin, including in Israel, to the Moroccan King.

The King also informed the U.S. president that Morocco will “promote innovative relations in the economic and technological fields, including working to reopen liaison offices in both countries, as was the case previously and for several years until 2002”.

These measures affect in no way Morocco’s permanent and sustained commitment to the just Palestinian cause and its determination to continue to contribute effectively and constructively to a just and lasting peace in the Middle East, underlined the Monarch during his phone conversation with Trump, stressed the Royal office statement.

The King availed this opportunity to stress the consistent and balanced positions of the Kingdom of Morocco on the Palestinian question, affirming that Morocco supports a solution of two states living side-by-side in peace and security and that negotiations between the Palestinian and Israeli sides remain the only way to achieve a final, lasting and comprehensive settlement of this conflict.

In his capacity as Chairman of Al-Quds Committee, King Mohammed VI underlined the need to preserve the special status of this city. The Sovereign also insisted on the respect of the freedom to practice religious rites for the followers of the three monotheistic religions, as well as the respect of the Islamic character of Al-Quds Asharif and Al-Aqsa Mosque, in accordance with the Al-Quds/Jerusalem Call signed by the Monarch, Commander of the Faithful, and Pope Francis, during his visit to Rabat on March 30, 2019.

During the phone call, President Trump informed the King of the U.S. decision to recognize, for the first time in its history, the full sovereignty of the Kingdom of Morocco over the entire region of Moroccan Sahara.

He also informed the Sovereign about the U.S. decision to open a consulate in the city of Dakhla, pearl of the Moroccan Sahara. The move, which strengthens further the Moroccanness of the Sahara, comes after several African and Arab countries opened consulates in Moroccan Saharan Provinces.

The Sovereign thanked Mr. Trump and the United States for this historic position and crystal-clear support to Moroccan territorial integrity, a support which reflects the sound and strong strategic partnership between Washington and Rabat, the two long-standing friends and strategic allies.

During the phone talks, the King and the American President also spoke of the ongoing efforts to resolve the crisis at the level of the Gulf Cooperation Council.

In this regard, and given the bonds of firm fraternity, sincere cordiality and mutual appreciation, uniting King Mohammed VI and his brothers, the Kings and Emirs of the Arab Gulf countries, King Mohammed VI expressed hope that the recent positive developments lead to the achievement of the desired reconciliation, as this will consolidate security and stability in the Gulf region, and achieve comprehensive Arab security and economic and social development for the benefit of the peoples of the region, the Royal Office statement said.