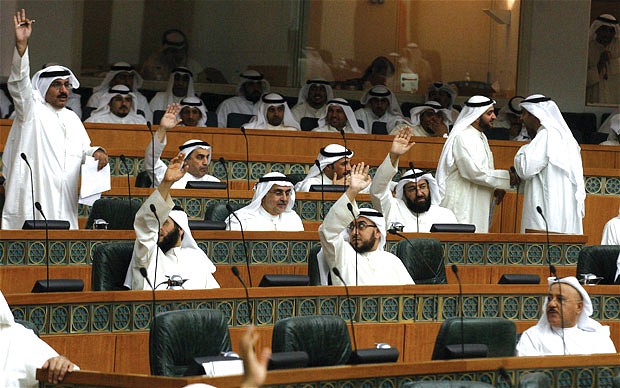 The opposition in Kuwait won Sunday 24 seats of the 50-member parliament following Saturday elections. The electoral committee released the results of the polls that took place in the five districts of the Gulf country.
Political parties are banned in the Arab country but the new elected parliamentarians are considered belonging or leaning towards the opposition.
Only 19 lawmakers managed to retrain their seats. No female candidates of a total of 29 received, was elected, a blow to women’s efforts to improve their status in the oil rich country, 15 years after winning the right to vote.
The new legislature is elected for four years. As per protocol, Prime Minister Sabah Khalid al-Sabah and his cabinet have resigned. Emir Sheikh Nawaf Al-Ahmad Al-Jaber Al-Sabah accepted the resignations but asked the government to play a caretaker role until a new government is appointed.
The elections are the first under the new ruler who took over in September from his half-brother, Sheikh Sabah al-Ahmad Al-Sabah, at age 91.