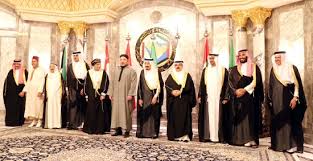 Morocco has expressed “optimism and great satisfaction” at the recent positive developments auguring to end of the rift between Qatar and other Gulf Cooperation Council member states.

The ministry also reiterated Morocco’s desire to see a final agreement that would end the dispute and enable the GCC countries to regain “cohesion and harmony” to consolidate stability in the Arab world.

Citing strong historical relations with all the countries of the Arabian Gulf, Morocco particularly welcomed Kuwait’s mediation efforts to reconcile visions and end the crisis.

The Gulf crisis dates back to 2017 when Saudi Arabia led a coalition including the UAE, Bahrain, and Egypt in launching a blockade against Qatar.

The coalition accused Qatar of financing terrorism, a claim that Qatar repeatedly denied and condemned. The coalition also blamed Qatar for maintaining too close of ties with Iran.

On Friday, Kuwait’s Foreign Minister Nasser al-Sabah welcomed the fruitful discussions between Gulf countries to resolve the crisis and the determination all involved parties have shown to break the stalemate.

Kuwait also gave credit to US President Donald Trump’s son-in-law and senior adviser Jared Kushner for his efforts to resolve the dispute.

Qatar also commended the recent development in resolving the crisis between the Gulf countries.

“Right now, there is a movement that we hope will put an end to this crisis,” Qatar’s Deputy Prime Minister Mohammed bin Abdulrahman Al-Thani said on Friday.

He said his country believes the end of the Gulf crisis is important for regional stability.

“This crisis needs to end based on mutual respect and the rights of all people of the Gulf,” the Qatari Deputy Prime Minister said, adding that Qatar is not differentiating between any of the countries: “There is no country that is in a position to place demands on the other. There are differences that need to be overcome.”