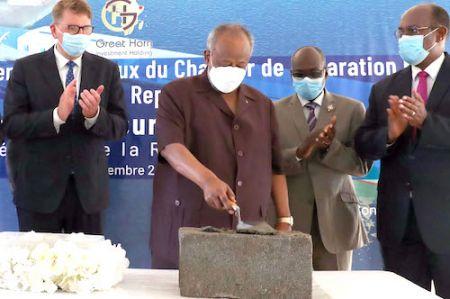 Djibouti has just launched the construction of an infrastructure almost unique in Africa: a shipyard. For the past ten years or so, the country has had the ambition to become a crossroads of international maritime trade. The authorities hope that the shipyard, the first stone of which was laid on Thursday 26 November, will enable this ambition to be achieved.
Two years of construction. 200 million dollars. Djibouti is very proud of its project. “The country needed to have such an infrastructure that does not exist anywhere else in the region,” said President Ismael Omar Guelleh. Indeed, the other African shipyard is in Côte d’Ivoire.
This site, built within the former port of Djibouti-City, will allow the repair, maintenance and upkeep of ships. “Djibouti is going to be able to become a one-stop shop”, says Aboubaker Omar Hadi, president of the Djibouti Ports Authority.
The shipyard will thus offer the supply of propellers, rudders, rudders as well as lighter repairs such as pumps, valves, navigation systems and engines.