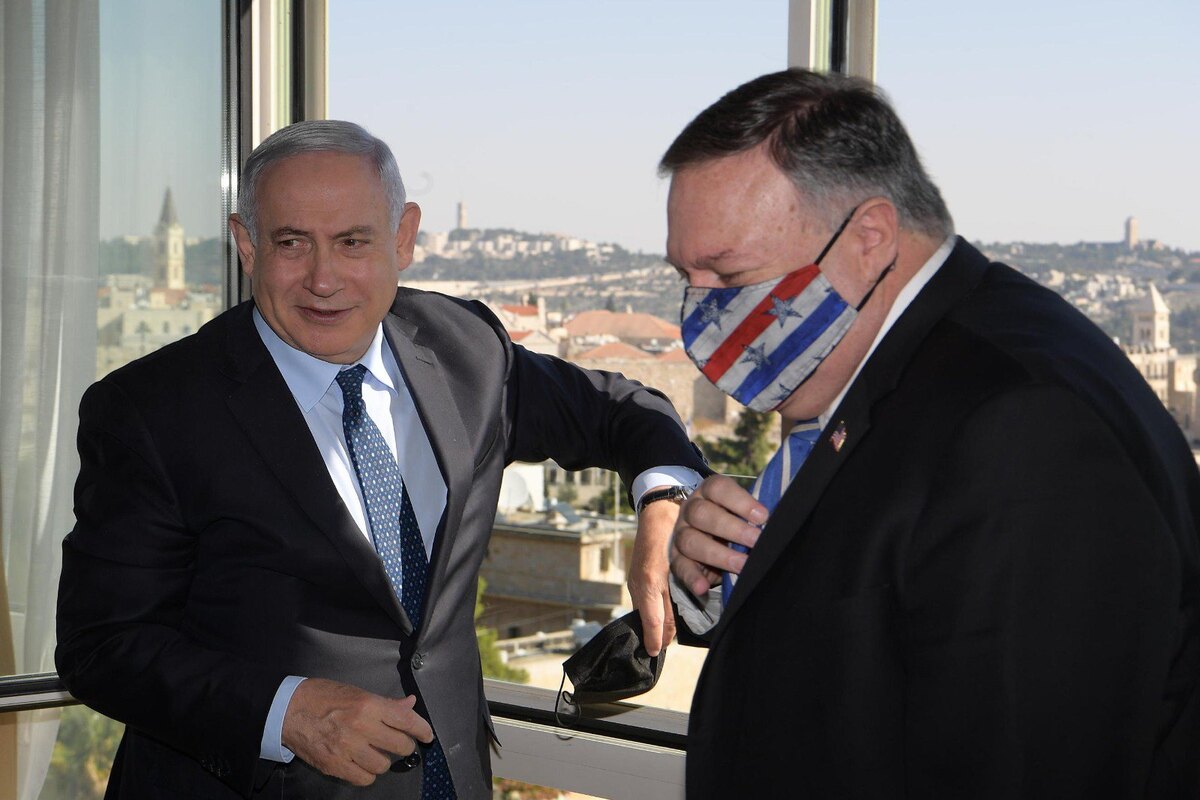 Saudi Arabia’s foreign minister has debunked the media reports that Israeli Prime Minister met secretly with Crown Prince Mohamed bin Salman, MbS, and US Secretary of State Mike Pompeo on Sunday in the kingdom.
Prince Faisal bin Farhan, Zawya reports, told Arab New, a Saudi media, that Benjamin Netanyahu did not attend the meeting between the Saudi de facto ruler and the US Secretary of States.
He himself and the US envoy to the kingdom were the only other officials who were in attendance, Farhan reportedly insisted.
“The only non-Saudis at the meeting with HRH the crown prince were Secretary Pompeo and the US ambassador,” Prince Faisal told Arab News.
Media reports including Israeli Haaretz on Monday said Netanyahu secretly flew to the Gulf country to join MbS and Pompeo at NEOM, an under-construction mega city promoted by the Saudi Crown Prince.
Citing aviation tracking websites, Haaretz indicated that Netanyahu took off on a private plane at 7:30pm and landed in NEOM on Sunday. The plane reportedly returned about half an hour past midnight.
“Constructive visit with Crown Prince Mohammed bin Salman in NEOM today,” the US official tweeted on Monday.
Israel, and the U.S have not commented on the alleged secret meeting between the three countries.
This comes as Saudi Arabia is being rumored to be part of several Arab nations expected to normalize ties with Israel after the United Arab Emirates, UAE, Bahrain and Sudan thawed ties with Tel Aviv.
The kingdom following the move by the UAE and Bahrain, was quick to underline its commitment to the Palestinian cause.