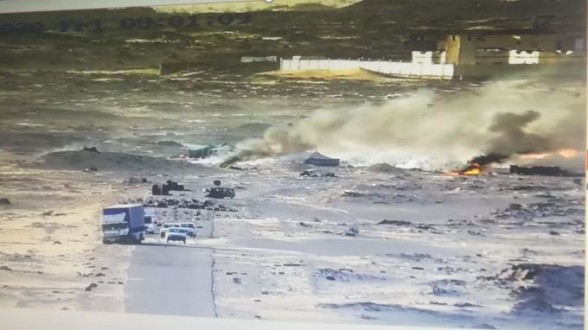 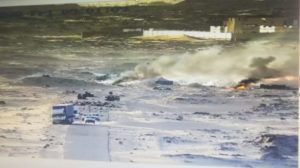 After it observed restraint in the face of the repeated provocations of the Algeria-backed Polisario in Guerguarate crossing point, Morocco decided to deploy the army to secure its border with Mauritania.

Morocco announced Friday that Royal Armed Forces (FAR) set up, on the night of Thursday to Friday, a security cordon in order to secure the flow of goods and people across the Guerguarat buffer zone, linking Morocco to Mauritania.

“Following the blocking by about sixty people, supervised by armed militiamen of the Polisario of the road axis crossing the buffer zone of Guerguarate connecting the Kingdom of Morocco and the Islamic Republic of Mauritania, and the prohibition of the right of passage, the Royal Armed Forces are setting up a security cordon in order to secure the flow of goods and people through this axis”, the General Staff of the Royal Armed Forces said in a statement on Friday.

After the intervention of the FAR, the Polisario elements, in full rout, had no choice but to run away after they set fire to the tents they had set up 2.5 km south of the Moroccan border post, under the watch of the MINURSO team deployed in the buffer zone. The armed elements of the Polisario fled eastward aboard their vehicles.

The FAR insisted, however, that the move is a “non-offensive operation without any bellicose intent” and “is taking place according to clear rules of engagement, requiring to avoid any contact with civilians and to resort to the use of arms only in case of self-defense.”

The Ministry of Foreign Affairs indicated on its part in a statement that «Morocco has decided to act in full compliance with international laws» on the blockade, describing it as «serious and unacceptable».

After it committed itself to the greatest restraint, in the face of provocations from the Polisario militias, “the Kingdom of Morocco had no other choice but to assume its responsibilities in order to put an end to the deadlock situation generated by these actions and restore free civil and commercial movement,” the ministry pointed out in the statement.

The Foreign Ministry renewed Morocco’s commitment to the ongoing UN-led political process, saying that the security cordon will operate in compliance with international legality.

The statement recalled that the separatist movement and its militias, which have been in the area since October 21, 2020, «have blocked the movement of people and goods on this road and continually harassed MINURSO military observers». The «documented acts constitute genuine premeditated acts of destabilization which alter the status of the area, violate military agreements and represent a real threat to the sustainability of the ceasefire», it added.

These acts undermine the chances of any re-launch of the political process sought by the international community, the ministry said, noting that since 2016, the Polisario has «multiplied these dangerous and intolerable acts in this zone, in violation of military agreements, in contempt for the calls to order launched by the UN Secretary General and in violation of the resolutions of the Security Council, in particular 2414 and 2440, which ordered the Polisario to put an end to these destabilizing acts».

Morocco had then immediately alerted and regularly informed the UN Secretary General and senior UN officials about these extremely serious developments, the statement said, adding that Morocco had also drew the attention of the Security Council members and MINURSO as well as several neighboring states to this situation.

«The Kingdom of Morocco has given all the time necessary to the good offices of the Secretary General of the United Nations and MINURSO in order to push the Polisario to stop its destabilizing actions and leave the buffer zone of Guerguerate», the ministry pointed out.

However, appeals from MINURSO and the UN Secretary General, as well as the interventions of several members of the Security Council, have unfortunately been unsuccessful, the ministry noted. “Morocco has therefore decided to act, in accordance with its attributions and its duties and in full compliance with international legality”.

The “Polisario” alone assumes full responsibility and the full consequences of these acts, the Ministry said.