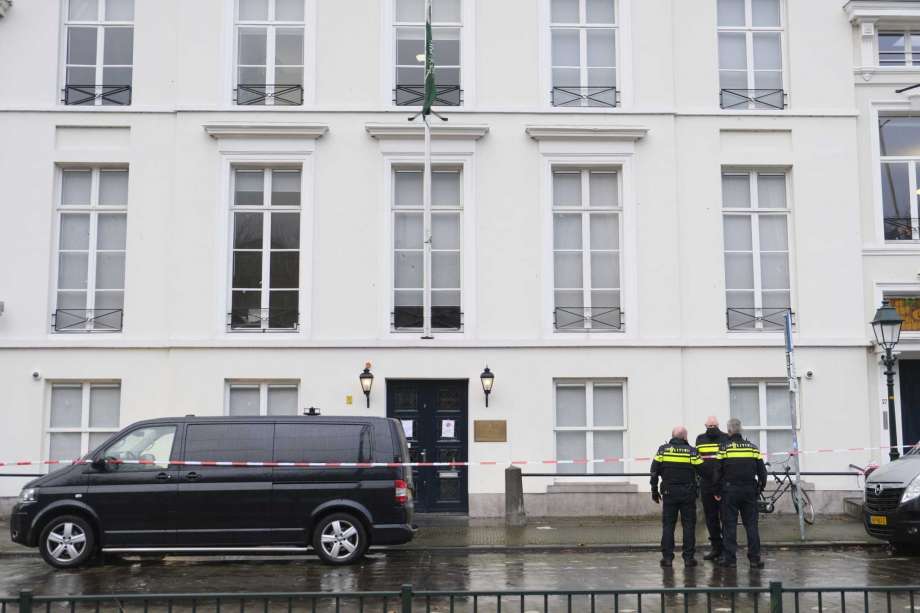 Dutch police have arrested a man suspected to be linked with multiple gunshots that were fired at the Saudi embassy in the city of Hague, The Guardian reports.
The suspect, 40-year old was nabbed at Zoetermeer, 10 miles (16km) from The Hague, about eight hours after the shooting at 6am, following investigations.
Police also seized a passenger car for further investigation, The Hague police also said in a statement.
The security forces Thursday indicated that they were alerted at dawn after “multiple gunshots” were fired at Saudi mission in the Dutch city.
They also found several bullet casings outside the embassy. The shots also pierced several holes in the windows.
Saudi Arabia confirmed no one was injured and condemned what it termed as “cowardly attack”.
The incident occurred a day after an improvised explosive device burst at a non-Muslim cemetery in Jeddah during a French commemoration ceremony attended by diplomats from several countries including Greece, France, Britain and the U.S, wounding at least four.