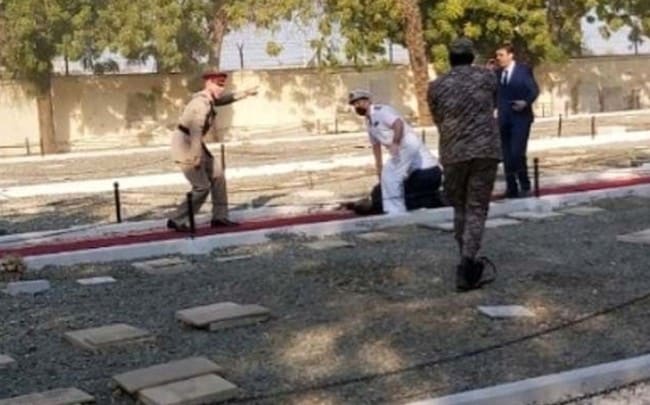 An improvised explosive device (IED) went off injuring four people at a World War I commemoration ceremony organized by the French embassy in the Saudi port city of Jeddah. The French foreign ministry reportedly in a statement condemned the incident.
“The annual ceremony commemorating the end of World War I at the non-Muslim cemetery in Jeddah, attended by several consulates, including that of France, was the target of an IED attack this morning, which injured several people,” the ministry said.
“France strongly condemns this cowardly, unjustifiable attack.” European diplomats were in attendance when the blast occurred at a non-Muslim cemetery. The victims reportedly include a Greek official.
The attack occurs as France is facing a fierce condemnation in most Muslim countries after President Emmanuel Macron’s repeated criticism of Islam and refusal to ban caricatures of prophet Mohamed.