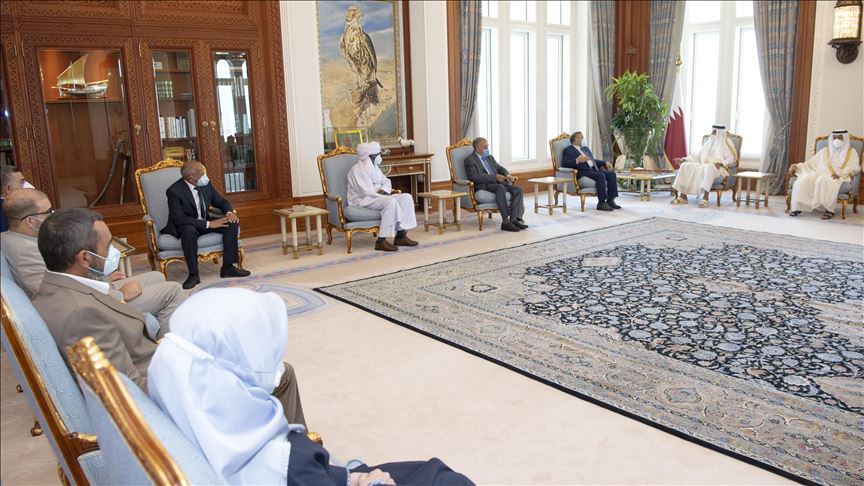 Qatar’s leader Sheikh Tamim bin Hamad al-Thani received Sunday a delegation of the High Council of State (HCS) aligned with Government of National Accord (GNA) to discuss the political situation in Libya and rounds of talks with rival House of Representatives (HoR).
The HCS is representing the GNA backed by Turkey and the Gulf country in various talks between rival Libyan sides for the creation of a joint administration to lead to potential elections.
Morocco, Egypt and Swiss had played hosts to the various talks.
The Qatari leader reportedly exchanged with HCS head Khaled Al-Mishri, mutual relations and ways of enhancing them. The Libyan delegation is the second GNA-linked team that traveled to Qatar in less than a week.
GNA’s foreign minister Mohamed al-Taher Siala and Interior Minister Fathi Bashagha oversaw a security cooperation agreement between the two sides.
The agreement, to cover three years, is expected to enhance cooperation, particularly in the fields of counterterrorism and organized crime.