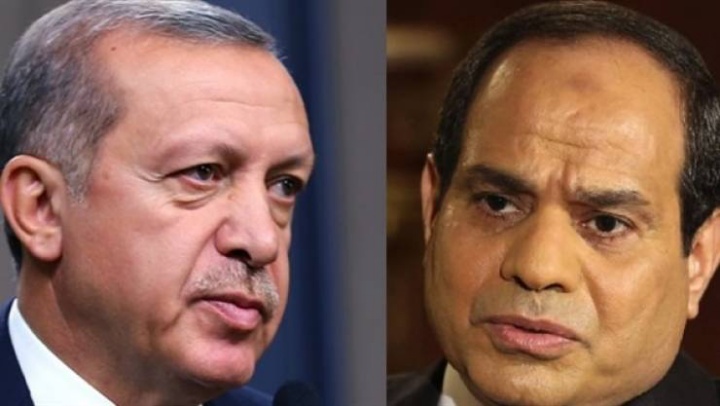 Egypt has instructed its media to water down criticism of Turkey at time both are engaged in secret talks to iron out conflicting files including Libya, reports say.
A source in Egyptian state TV who asked not to be named, Middle East Monitor (MEMO) reports, told New Khaleej that authorities gave the new instructions as Cairo and Ankara are nearing towards an understanding in Libya.
The source also added that Egyptian media are also advised to reduce their criticism of and attacks on Turkish President Recep Tayyip Erdogan.
The move comes as Erdogan’s spokesman Ibrahim Kalin in an interview with a local media, MEMO notes, said Ankara will thaw ties with Cairo if it reveals a willingness to act with a positive agenda on regional issues.
Both countries have had their relations turn sour since 2013 after incumbent Egyptian president Abdelfattah al-Sisi, military general then, removed Mohamed Morsi one year after his election as Egypt’s first democratically elected president ever.
Ankara laid into the coup and has been accused of hosting members of the Muslim Brotherhood, a group which Morsi is from and backlisted by the Sisi regime
They further fell apart after Ankara backed Libya’s internationally recognized Government of National Accord (GNA) against Egypt’s backed rebel Gen. Khalifa Haftar.
Egypt has also rejected the November maritime agreement between Ankara and the GNA. It also joined Greece, Israel, Italy to confront Turkey’s oil and gas ambition in the Mediterranean.
Intelligence services of both countries are reportedly also holding secret talks on the Mediterranean issue.