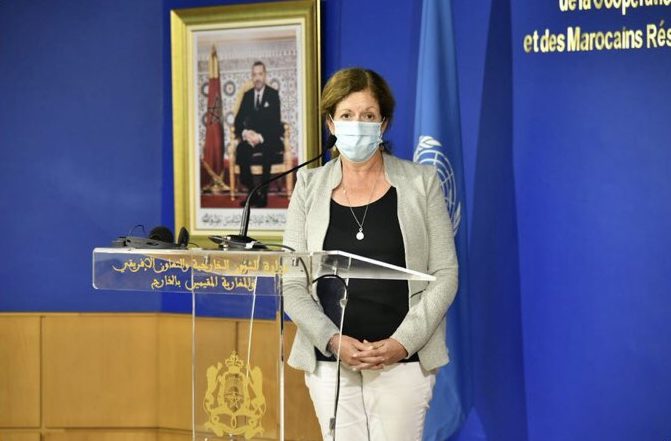 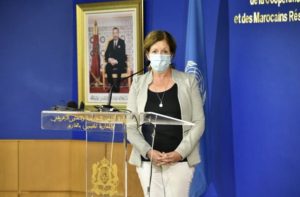 The Bouznika Inter-Libyan Dialogue, whose second round of talks continues since Friday in Morocco, will contribute to the overall revival of the Libyan political process, said Monday the acting UN envoy to Libya, Stephanie Williams.
During a virtual press conference in New York after her participation at a high-level ministerial meeting on Libya co-organized by the United Nations, Williams recalled that the inter-Libyan dialogue in Bouznika brings together delegations from the Libyan High Council of State and the House of Representatives to “agree on the competences of the seven posts of sovereignty in accordance with Article 15 of the Libyan political agreement” concluded in Skhirat in December 2015.
The UN envoy considered that Bouznika’s dialogue, which is being held “in consultation” with the UN support mission in Libya (UNSMIL), “also helps to strengthen confidence between these two institutions”, namely the High Council of State and the House of Representatives.
“This is a good thing for the overall revival of the political process” in Libya, Williams said.
The sessions of the second round of the inter-Libyan dialogue continue in Morocco between the delegation of the Libyan High Council of State, chaired by Fawzi Al-Agab, and that of the Libyan House of Representatives presided over by Youssef El Akkouri.
In his speech on behalf of the two delegations during a press conference at the end of a session of this second round, Driss Omran of the Libyan House of Representatives expressed the thanks of the two delegations to the international parties involved in the Berlin process and participating in the meeting on Libya on the sidelines of the UN General Assembly for their efforts to develop a comprehensive vision to end the Libyan crisis.
He also recalled the previous commitments of the international parties, particularly paragraphs 37 and 38 of the conclusions of the Berlin 1 conference, urging them to support the Bouznika process which has achieved “a positive outcome”.
The two delegations said at the press conference, attended by minister of Foreign Affairs, African Cooperation and Moroccan Expatriates, Nasser Bourita, and a UN representative in Morocco, that the dialogue sessions hosted by Morocco “were imbued with a positive atmosphere and a spirit of optimism which helped unify visions regarding the criteria for the seven posts of sovereignty in Libya”.
In addition, Omran recalled that the two delegations reached during the first round of the inter-Libyan dialogue last month an important consensus on the mechanisms for the unification of sovereign institutions, affirming that there is a willingness to continue to work on the criteria as soon as possible.
Furthermore, Omran reiterated his thanks to the Kingdom of Morocco, King, government and people, for the permanent readiness and commitment to facilitate for years the inter-Libyan dialogue at its various stages, by working to ensure all appropriate and favorable conditions to bring Libyans together and views closer to reach a consensus capable of finding solutions to unify the sovereign institutions.
In addition, he stressed that the delegation of the High Council of State and that of the House of Representatives are meeting again in brotherly Morocco to resume the inter-Libyan dialogue initiated last month to resolve issues related to state institutions, especially those sovereign, the aim being to meet the expectations of the Libyan people and their aspirations for dignified living conditions especially in this critical juncture because of the health crisis of the Covid-19 pandemic and the degradation of basic services.
He added that members of both chambers have worked through the various dialogue committees to fulfill their national and legal responsibilities defined by the constitutional declaration and the Libyan political agreement signed in Skhirat, deploring the political division, foreign interference and various attempts at disruption that have wasted a lot of time and effort as well as missed several opportunities.
The Libyan official noted that the dangerous and worrying deterioration of the main institutions, including sovereign and service ones, has prompted the House of Representatives and the High Council of State to make exceptional efforts to reach consensus by unifying the institutions, as provided for in Article 15 of the political agreement.